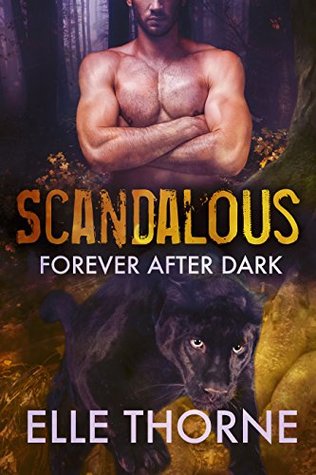 Twin bear shifters Tyler and Sean O’Reardon need a little help. They’ve got guardianship of a set of twin toddler girls who are hybrid elemental shifters. No biggie, right?   Wrong.   The twin girls are throwing tantrums that come in the form of tornadoes and earthquakes.

Order of Elementals agents Camden and Eden Brazos—also twin hybrid elemental shifters—are assigned to Bear Canyon Valley’s mountain range to save the set of toddler twins.   So, what’s the problem?   No one told Camden and Eden they were expected to be nannies.   Say it isn’t so.   Oh, but it is.

And Camden can bearly—oops, barely!—stop gritting her teeth over this one. Because the bear shifter Tyler is too sexy for his own good.   What’s next?  Oh, nothing. Except no one’s really sure why two single males are guardians of two toddler girls.   As far as Tyler and Sean are concerned, they have a good reason for being guardians. And it’s nobody else’s damned business.   Until the Shifter Council steps in.   Then questions have to be answered.   And custody of the twins has to be determined.

Only problem is…   The Order of Elementals issued an order against Tyler to keep him from having guardianship of the twins.   Now Tyler’s pissed.   Insta-attraction just turned scandalously close to Insta-hate.

Titles in the Forever After Dark series include:  Notorious – Scandalous –

Scandalous is full of secrets and knowledge just out of range not to be disclosed to just anyone.  And that includes Camden and Eden, elemental hybrid twins themselves, here to help… only it’s difficult to help at all when the girls’ elementals keep throwing attacks at them for just existing.  It’s also not helping any that Camden is seriously affected by Tyler, the twins’ guardian, or one of them since Sean his twin is out of town.  Two defiant, a bit jealous tiny tots can sure throw an pretty impressive physical temper tantrum.

One misinterpreted comment will bring in the big guns and chaos for everyone involved.  The Shifter Counsel is involved and that is not good at all.  Now Camden has to use everything at hand, including her own elemental and panther to fix this before the man she’s certain is her mate disappears for good or perhaps worse, hates her forever.

I love how all of Elle Thorne’s worlds have some connection to the others.  As a result I often get to visit once again with characters I loved from previous series – and that is exactly what happens in Scandalous.  Tyler and Camden both want the best for the twins, somehow they have to find a way to work that out and bring some peace to the situation.  Eden’s story will be interesting, considering her particular reaction to the bear shifters she encounters… especially since Sean wasn’t here, so maybe?  Guess we’ll see soon enough.

We get answers, meet another generation and maybe leave with questions still unanswered.  I enjoyed Scandalous so much.  It’s intense, touching and, of course, sexy.  Running into so many old friends quite made my reading day with this story.  I would definitely recommend this story or any of the series that make up this unique universe.

O own a Kindle copy of this story.