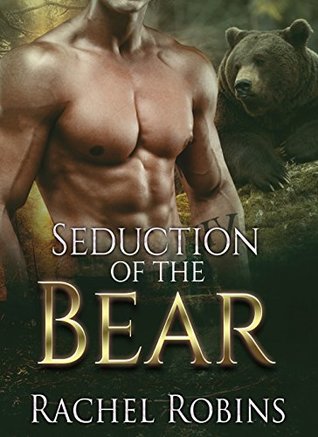 Kate is fresh out of a divorce. She’s been betrayed, hurt and neglected. She needs a job and a place to live. What she doesn’t want or need is a man to mess with her determination and independence.

Austin’s a bear shifter whose come to terms with a life of solidarity. He has close friends and his bar to keep him company.

The two collide for the first time when Kate goes to the bar for a night out with the girls. Austin sees his mate-the love he’s been waiting a lifetime for. Kate sees another man who has the power to hurt her.

When her ex-husband attacks them, can they work together against him? Can Kate fight her eternal battle against the love that Austin offers? Will Austin push her too far too fast?

Titles in the Bear Kamp series include:  Seduction of the Bear –

Seduction of the Bear may be a quick story, but it holds a powerful tale within.  Austin has reached an age where he feels he’s not likely to meet his detained mate.  Middle age for a human is one thing, but that age is a bit older for a bear shifter.  Just when he had given up on finding her, there she was in his bar.  Obviously hurting but trying to stand tall.  He was hooked, now he simply had to convince a human that she belonged with him.

Kate is about as down as a woman can feel.  Her husband, make that soon to be ex-husband, has cheated on her and now she’s been kicked to the curb.  No really, kicked out.  She’s out with friends to try to escape for a bit, maybe wrap her mind around what she’s supposed to do now.  She wasn’t looking for another man… no way.  Yet this intense man has been watching her all night long and when they touch to dance, well her reaction to him is off the charts.  Maybe there’s life after being betrayed after all.

It’s unfortunate that Kate’s ex is going to play the “I don’t want her but I don’t want anyone else to have her” game.  But he’ll learn his lesson… the hard way.

I enjoyed Austin and Kate’s romance.  There’s plenty of interesting people around the bar, friends of Austin’s we may see in the future.  The knowledge of shifter mating customs is not widely known among humans so Kate really didn’t know what she was getting into with Austin.  But the draw to this man is strong enough to take the risk.  I definitely enjoyed her ex learning a few lessons along the way, especially after what a slime ball he was.

If you’re in the food for a quick and intriguing Shifter Romance, then Seduction of the Bear may be just what you’re looking for.  I’m looking forward to the next story in this series.