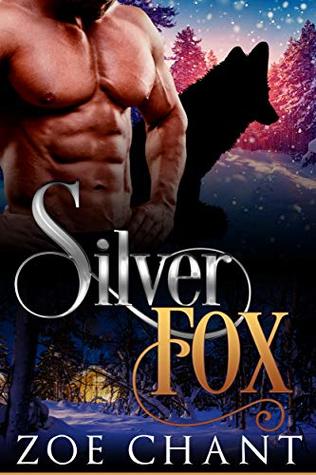 She thinks life — and love — have passed her by.
He can fix everyone’s love life except his own.
Until a freak snowstorm gives them a chance …

Sensible Aunt Doris. That’s what Doris Lebowitz’s family thinks of her. And she really can’t argue. At age 62, she’s resigned to being the level-headed one in her sprawling, boisterous family. A state of permanent spinsterhood suits her just fine.

Until Joey Hu waltzes into her life, with his warm golden eyes and too-hot-to-handle body … but she has no idea how much of a silver fox he really is. All she knows is, she’s not about to throw away the sensible habits of a lifetime on a moment’s infatuation, no matter how sexy.

As a nine-tailed fox shifter, Joey has a special talent for helping troubled lovers. But his gifts can’t bring him a mate of his own, and at his age, he’s starting to wonder if there’s no true love for him. And then Joey and his fox catch sight of Doris and discover that love knows no age limits.

Now all he has to do is convince Doris that she’s as much of a catch as Joey already knows she is. Snowed in with Doris’s enormous nosy family, finding time to be alone together is as hard as resisting the third helping of Granny Z’s pastries. But maybe a whole houseful of eager matchmakers can help them learn that you’re never too old for a happily ever after.

All titles and review posts of the many different series that have captivated readers can be found on the Zoe Chant page.

Although the “general lore” of the Paranormal/Shifter world is usually that any supernatural being is older than the humans around them (for the most part – some authors follow different lore), it is still encouraging to see a Seasoned Romance genre story written by Zoe Chant.  Not every romance is between 20-year-olds, those above 35 years of living and beyond still want to find that special someone.  Love knows no age limits, and I’m excited to see that becoming more available, especially specific ages given as they are in the Silver Shifters series.

Joey Hu is such a delightful character.  We first met him in Silver Dragon as he helped Mikhail and Bird.  Now, this nine-tailed-silver-fox gets his romance told, and of course, it’s not simple and easy but well worth what must happen to bring Doris and Joey together.

Doris turns out to be quite an amazing character.  She’s spent her entire life at the beck and call of family.  Her personality is a giving one, yet as time moves on she’s resigned herself to being in the background with no one of her own.  She’s trying to convince herself that she likes it that way, it’s safer and less complicated to just continue on as she has – but in her heart, she yearns for something more.  She’s going to find that with Joey and a world she has no idea exists.

While there is certainly a flirty, sexy romance in Silver Fox, there is also danger as well as an established villain resurfaces.  A bit more is added to that mystery as it continues to be a connecting thread woven throughout the series.  Doris’ friends are a delightful hoot, and it’s an especially tender moment (to me) when Bird realizes that finally there is someone else, in Joey’s mate Doris, that she can share details about this other world with as she is sworn to secrecy otherwise.

I would strongly suggest picking up Silver Dragon before Silver Fox, or to read this series in order.  There is information, events happen or are alluded to that knowing the background would be extremely helpful and bring a more enjoyable reading experience if you understood all that happened before.  Do you have to?  No, of course not.  But things happen in Silver Fox that had their beginning in Silver Dragon, plus they’re both amazing stories.  <grin>

I had a great time back in the Silver Shifters world, and would not hesitate to recommend it to any reader of Paranormal or Shifter Romance.