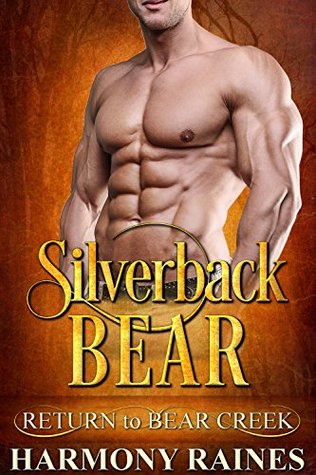 Bear shifter, Dean, has almost given up on finding a mate. Instead, he’s carved out a fulfilling role as a foster parent to older kids. Then she walks into his life, the most beautiful woman he’s ever seen. His mate. His life will never be the same again.

A birthmark on her face has haunted Elizabeth her whole life. She has always struggled to meet new people and visit new places. But now the one person in her life she truly loves, her daughter Suzie, is getting married. Elizabeth needs to find the strength to overcome her fears and be there for her daughter.

An encounter with a bear shifter, who tells her she is his mate, helps change her world, opening up new possibilities she’d never dared dream would be hers.

Can she grab hold of her dreams, and not let go? Despite her fears, can she open her heart to a man who promises to love her forever?

We first met Elizabeth back in Doctor Daddy Bear when her daughter, Suzie met her mate, Kit.  Now there’s a wedding in Bear Creek and Elizabeth is determined to make her daughter proud of her by being engaged in the pre-wedding craziness, creating a beautiful garden for Suzie and Kit to marry in and open herself up to friendships offered by Suzie’s circle of friends.  That may sound like any Mother of the Bride activities but Elizabeth is a very quiet, shy woman who in some ways life has beaten down.  She has a birth mark on her face that she believes people stare at, make comments about and sets her apart from so much she’d love to do in life.  After all, Suzie’s father proved that the mark did matter… with his words just before he left them forever.  She doesn’t expect much for herself but lives for her daughter’s happiness.  For Suzie, Elizabeth will step outside of her comfort zone – and right into the arms of the man who is her mate.

We’ve come to know Dean slowly over the past few books.  He’s an important part of the Bear Creek community for he has one of the most rewarding and important roles… Dean fosters older shifter children who, for one reason or another, cannot be with their own families.  He’s a solid, kind and loving man.  And if fate hasn’t blessed him with his own mate, well at least he’s seen dozens of children grow into amazing adults.  But fate hasn’t forgotten Dean, she’s just been waiting to bring the perfect for him woman into his life at the right time.

When Dean was introduced I really hoped that one day he’d end up as Elizabeth’s mate.  And I’m really glad that wish came true.  Silverback Bear is an emotional journey for two mature adults, who still have plenty of life to live, but also are able to appreciate what they do have.  Watching Dean bring his mate out of her shell was touching and endearing.  Elizabeth will begin to bloom, just like her gardens, under the love and care of Dean.

Suzie and Kit’s wedding gives us a chance to catch up with most of the people we’ve come to know as friends in this series.  I enjoyed their journey very much.  Dean and Elizabeth have that quiet, settled feel to them – they couldn’t feel more natural to each other or to us.  No high drama, no angst, simply a love story between two people who so deserve happiness and their circle of loyal, trusting friends and family.  I loved Silverback Bear and I believe you would as well.  Because of the couples from earlier stories making appearances, this one probably can be read alone but following the entire series will make it all the sweeter – plus, they’re amazing stories.