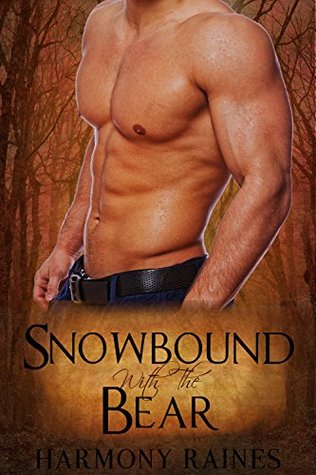 Fiona is a wolf shifter from Wolf Valley. A place where things are not going well. They have no alpha and the pack is unstable. Her cousin wants to do a deal that involves Fiona, a deal she wants no part of, so she runs. Right into a snow storm.

With the temperature dropping and her life fading, her only hope is the big bear that saves her. But when they discover they are fated mates, can a wolf and a bear really make things work?

Hal lives on his lonely mountain for a reason. But when he finds Fiona, he has to act, even if she is a wolf. Some how he has to get her back to his isolated cabin and warm her up. And we all know shared body heat is one way to keep warm.

But when they try to fetch the supplies he dropped when he rescued her, he has to save her once more. Because the wolves are not willing to give her up that easily.

Snowbound With The Bear is by far the most emotionally touching of this series, so far.  Granted, we haven’t had Will’s story yet and I believe that’s going to be a heart breaker.  But Hal and Fiona’s romance is a satisfying short, sexy romance with a touching story – the kind that always gets me in the feels department.

Once again the villain from the first story in this series is up to his dirty tricks again, this time with the help of Fiona’s cousin.  The Wolf pack is without an alpha and chaos is reigning there at the moment.  In an attempt to avoid being bartered in a deal that is totally unwanted, Fiona runs off into a blizzard in order to escape her fate.  She may have never found her mate, but she’d rather die in this snow storm than do what her cousin wants – and she may just get her wish.

Hal is a loner bear, living high on the mountain in his cabin living off the land and only coming into town to barter his goods for food and such.  He’s trying to beat the snow storm with one last trip to town for much needed supplies and he’s cutting it very close in getting home safely.  Scenting something unusual has also slowed down his trek home.  His mate is out here in the storm somewhere and if he doesn’t find her soon they may both perish.  He’s waited his long life for his mate to appear and now… to discover she’s a wolf is unexpected.

Fiona and Hal’s romance is tender, sexy with a touch of danger.   Both are a touch insecure, and that is simply endearing.  I had fun with Snowbound With The Bear and I believe you would too.  I’d recommend this story and these series to any Paranormal Romance or Shifter Romance reader.