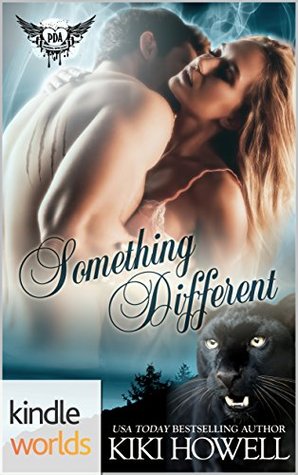 I would strongly suggest that you also read (near the same time) the companion story Someone Different by Gina Kincade as both stories are connected in both characters and impact.  I don’t know that it truly matter which story you read first, though I did read this one, Something Different, second and the emotional impact of the first story carried over very well to this one.  The cover blurb gives you a very descriptive set up of the story so I won’t go there.

I enjoyed Something Different very much.  It certainly packs an emotional punch on several levels.  I will admit that it took a few chapters for me to really warm up to Sam, she is one stubborn witch who refuses to fall in love because love can hurt beyond reason.  What she doesn’t get yet is that having that love and the memories that love provides makes up for the loss of a loved one… but she’ll learn.  The attraction between Samantha and Jacob sizzles throughout their romance.  Two very stubborn people.  When disaster and danger strikes it’s then that this story heats up, tempers flair and Sam gets a true idea of what love is worth.

I hope, at some point, we will get to learn how Sam and Jacob are doing after the fallout settles.  Without giving away spoilers, I’d definitely like to know more… and that is what a good book delivers, the need to know more.  I’d definitely recommend these two stories for any Paranormal Romance or Shifter Romance reader.  Intriguing plots, interesting characters, steamy times and danger… that’s exactly how I love my Romances.

I own an e-book of this title.