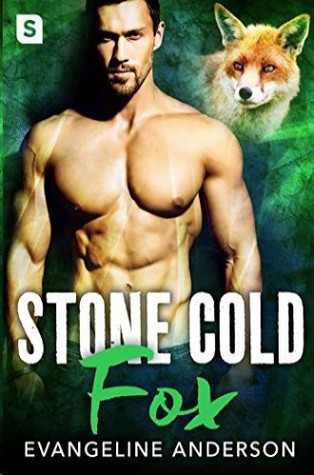 Jo Ferrell has been cast out of her home for reasons she doesn’t understand. The grey streak in her hair is gone, her body is younger, and there’s an ominous shadow chasing her. With nowhere else to go, Jo finds shelter in a shed whose owner she wants nothing to do with—but he’s too much to resist.

Reese Cooper has never felt a pull towards a woman like he does towards Jo and his Fox is desperate to claim her as their mate. After offering her a place to stay, Reese finds it difficult to resist his beautiful new roommate. But when dark magic threatens their happiness, Reese will use all of his strength to protect the woman he loves…if he’s not too late.

As a reader who is unashamedly addicted to shifter romance, Stone Cold Fox should have been a story that I devoured.  I didn’t.  I know why I didn’t, but I have to admit to wanting to hold out until the next story to decide if I’ll continue with this series.  Stone Cold Fox will get an official 3.5 rating which I’ll round up to 4 since no where has those half points.  It’s a good story basically, so as a good story it deserves the 3, I’ll give it the .5 because I love anything shifter.  The reason it didn’t go higher for me was the heroine, or maybe I should say all the heroines, especially the last two.  I cannot find it possible to root for, be engaged with or even care about a happy ending for characters who simply refuse to see what is right in front of their eyes – even when they’re being chased through the woods, feeling the shift come over them, believing that somehow a really bad person has turned a leaf and are now wanting to help… No.  Just No.  I need my heroines to be smart, street smart and at least not lie to themselves.

I get that Jo had a horrific event happen to her, something that no woman should ever have to face.  Yet it wasn’t her fear of Reece, at first, that made Jo a character I couldn’t get behind – it was her absolute denial of what was right in front of her to see.  She’s attracted to Reece?  Must be the spell.  She’s stronger than ever before?  Must be the spell.  She’s being given information by several sources, but especially a woman she seems to trust and admire, but she will not even for a moment consider their words.  No, it must be the spell that’s causing her to want to jump Reece twenty times a day.  There comes a point where I simply cannot even try to understand a character’s reasons and I simply stop, I’ll continue the story for the other characters’ sake and call it done.  I don’t like reacting to characters this way, I want to love them all and enjoy their journey.  Unfortunately, Jo made that difficult for me to do.

Having said all that, I still believe it’s a basically good story.  And no one should tell you what you should or shouldn’t be reading.  So, you’ll need to pick up Stone Cold Fox for yourself and discover Reece and Jo’s journey for yourself.  This is my opinion, you make up your own mind.