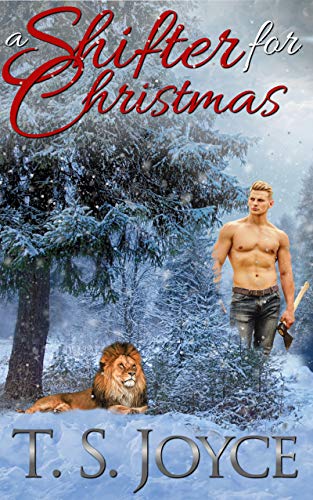 Kieran Dunne isn’t worried about the holidays. They will come and go, and he will be left with a big property tax bill from the estate he inherited. His brother finds a newly-listed job in the paper that could match Kieran’s unique abilities. A woman has put an ad out for a shifter for Christmas, and the pay would cover his bills. She’s asked for a non-predator shifter, but he can lie just a little. What could it hurt? He’s just supposed to babysit a crazy lady during the holidays, and then collect his pay and move on with his life. But when he meets Leslie, it’s clear this job is more complicated than he’d anticipated. She isn’t what he thought at all. And the more he understands of her life, the more he doesn’t want to leave her at the conclusion of Christmas Day, as their contract requires.

Leslie Wilson wants to bring a man home for the holidays. She’s tired of ruining her family’s annual parties with her single-ness. She wants a teammate this year to face the Wilson family with her. All her life, her last name has cast a long shadow over her life. All she wants is a simple life, but her family has different plans for her. And what better rebellion than bringing a date to the holiday celebrations than hiring a real-life shifter? Her sister’s fancy husbands might be rich, but they don’t turn into animals. It’s a simple contract, but when Kieran shows up at her door, she realizes fast that there is nothing simple about her feelings for him. Now she must walk the line this holiday season—pretend to be in love without actually falling in love.

And if she can accomplish that? She just might make it to New Years’ still human.