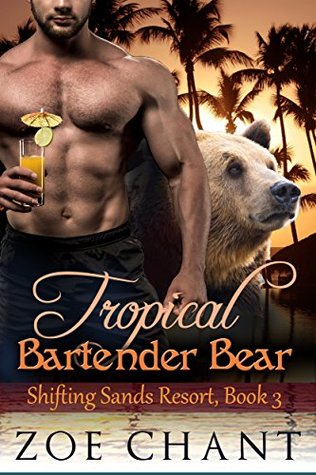 When you’re in trouble with the mob, there’s only one thing to do: Assume your twin sister’s identity, escape to a tropical island resort, and lay low while enjoying a generous slice of beefcake courtesy of the World Mr. Shifter pageant. At least, that’s wolf shifter Laura Smith’s strategy. She didn’t plan on finding the most gorgeous man at the resort behind the bar… or guess that he would be her one true mate! But as long as he thinks she’s her sister, giving in to her heart means blowing her cover.

Bear shifter Tex Williams knows he’s unlucky in love, but this is ridiculous. A woman he met once years ago turns up again, and suddenly she’s his one true mate? Why didn’t he recognize her at first sight? And why does she deny their bond now?

Things heat up, in and out of the sheets, when someone tries to poison Laura and Tex has to risk everything to protect her. Can Laura learn to trust Tex as the attempts on her life escalate? Is there a hit man among the hunks? Between the hot guys and the hidden agendas, this is one wild week at Shifting Sands Resort!