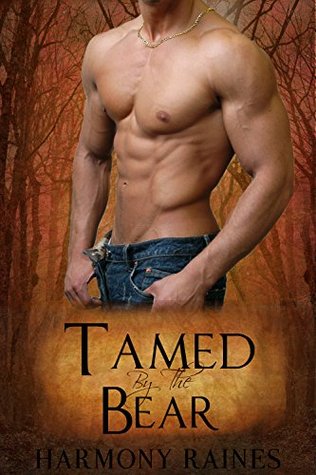 Antonia has come to Bear Creek to find out exactly what is going on with her sister, Kayleigh. To be precise, she had come to make her see sense. There is no way Kayleigh should be marrying Daryl, a man she has only been dating for two weeks.

And don’t even get her started on his brother, Sam, there is certainly something weird about him.

However, nothing can prepare her the truth.

Now Antonia has two choices. Give in to her fate, or run as fast as she can back to her old life. This is a difficult decision for Antonia, who has sworn to stay away from men, and certainly NEVER have children. Yet is intensely drawn to Sam and what he wants to offer her.

Torn between a past that haunts her and a man who wants her in his bed, she is a mixed up mess of confusion.

Sam, is stunned when he finds his mate. She’s come to town to drag her sister away from Bear Creek and the bad influences that live there. Namely his brother Daryl.

From the start Antonia thinks Sam is an idiot and tries to deny any attraction between them. But when secrets are revealed and bonds are tested, can he possibly win her over with understanding and kindness? Or will she leave him heartbroken and alone?

When Antonia received the wedding invitation in the mail, the first thing she did was head out to this backwoods town of Bear Creek with the intention of dragging Kayleigh back to the city.  No way was she going to let some slick operator take advantage of her younger sister.  She’d always protected her and that does not stop at adulthood.

Sam was pretty much stunned by the lovely, very angry woman who’d walked into the diner.  Yeah, his brother Daryl had bumped into her by accident and she dropped her purse – but it didn’t warrant that much anger.  And the stunned… well, that was because she was his mate.  A very mad as a hornet mate.  He tried to recover and charm this lady, but aside from one syllable answers that was a no go… and trying to get a phone number?  Nope.  So what was a smitten mate supposed to do – go ask his new to be sister-in-law what his options were.

I have to admit that Antonia was not easy to like through most of this story.  Oh, I got that it had been her and Kayleigh all their lives, they’d made that childhood pact and she thought she was protecting her little sister.  But she went overboard, way, way too much.  Her rudeness, disdain and yes, arrogance in the face of Kayleigh’s true love and the man who would do anything in the world for her happiness was over the top.  Since this is a quick read I won’t go into anything more – but truthfully, she irked me.  Now Sam is a sweetheart and I was definitely in his corner all the way.

Tamed By The Bear is a quick, sexy story that proves that fate does know what she’s doing in picking out mates… even if the rest of us disagree.  *grin*  If you’ve followed this series so far then you’ll enjoy seeing Kayleigh’s sister take the fall as well.  I would recommend this series for any paranormal Romance or Shifter Romance reader.