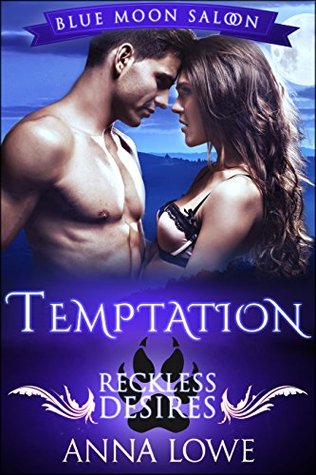 She-wolf Janna Macks knows trouble when she sees it, especially when it comes in the form of an irresistibly broody cowboy like Cole Harper. Her fledgling pack is already in the cross hairs of a ruthless group of rogues, and falling head over heels in lust with a human will only endanger her loved ones more. The problem is, her wolf knows her destined mate when she sees him — and Cole is it.

Rodeo pro Cole Harper has never felt this off-kilter before. One minute, he’s lusting after Janna, the spunky waitress he can’t get off his mind, and the next, he’s growling at a dark inner voice demanding all kinds of crazy things — like howling at the moon and claiming Janna as his own. There’s only one thing stronger than the overwhelming need for Janna, and that’s the fear that without her, he’ll succumb to the strange inner beast wrestling for control of his haunted soul.

Shifters are sexual creatures who being so close to their animal side will never, ever pass up a chance to physically show their mates how much they are treasured – so, this is an adult, 18+ reader tale

Temptation is the second book in the Blue Moon Saloon series featuring Janna and her sister Jessica as they create a new life out of the devastation and chaos left behind by a rogue group of purists and their crazed leader.  Jessica and Simon have reunited and mended the devastating misunderstandings that ripped them apart years ago – which is great and all but their love only shows Janna what she’s missing and wants with one human cowboy.

Janna likes and flirts a lot with one particular patron of the Blue Moon Saloon.  Cole is a cowboy, a rodeo and bull rider cowboy.  He is also human, so Janna knows that to keep him safe from the threat of the purists that are after them she needs to keep their relationship light – even if she wants and needs even more.

During the attack by the rogues in Damnation, Cole jumped right into the fray and did some serious damage to several of the purists who are after his friends…. even if he doesn’t really understand what the fight was all about.  Unfortunately, Cole was injured during that fight.  A simple scratch by one of the rogues is going to turn his world upside down and inside out… and make a life with Janna possible.  If he survives.

Something is going on with Cole.  He’s moody, not as open and just off somehow.  Janna was certain that he hadn’t been hurt badly during that fight – at least she didn’t see any major damage.  But now she’s beginning to wonder and worry.  This is a man she would take as mate in a heartbeat if she wasn’t afraid for his life should she make that move.  So his actions now have her on edge, and she’s determined to get to the bottom of it all… with or without his help and co-operation.

Temptation takes us through the confusion, pain and fear of one cowboy’s decent into his own personal version of hell as his body changes into something he simply does not understand.  His relationship with Janna is changing as well.  Where once he simply desired her, now he craves her with a hunger that is actually frightening in it’s intensity.  Janna and Cole’s journey to their happy ending is an emotional roller coaster ride as they fight what has been done to Cole, and fight for his survival.  I enjoyed this one very much and there are quite a few nail biting moments for certain.  This is a full happy ending story – but there is an extremely strong hook at the end as a lead in to the next story in the series.  It’s not a cliffhanger, but it does set up Redemption.

Love Shifter Romance?  Then the Blue Moon Saloon series is one I’d recommend.  You can’t help but get caught up in the tensions and the love lives of the characters.