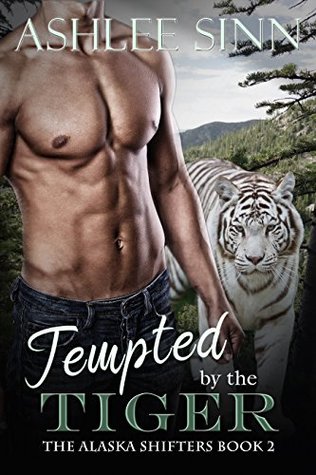 Major Patel has started to call Alaska home. Originally a temporary assignment, he now finds his work for the International Shifter Coalition a part of his life in Homer. As the newly famous white tiger shifter, he’s struggling over his decision to reveal himself. While the others continue to live their lives as normal, Major finds himself all alone. The groupies and the publicity stunts are not his thing—but then he meets one striking photographer who captures more than just the perfect shot.

Fiona Walker looked toward Alaska as a new beginning. Fresh off a divorce from both her husband and her overbearing family, she uses her photography as an excuse to escape her past. The shifter reveal is the perfect opportunity for her to make a living while getting settled. After all, she is a nature photographer, and shifters are animals. But when she meets the elusive white tiger in the wild, her life instantly takes a drastic change.

The shifters are being hunted. Their secrets are being exploited. Major suddenly finds himself in the middle of a public relations nightmare, and he unknowingly drags Fiona into the spotlight. As her life is threatened by his enemies, Major is forced to make a decision that could haunt him forever. And Fiona will have to face demons of her own to overcome the consequences of Major’s actions.

As an ISC representative, Major has been welcomed into the Shifter community of Homer, Alaska.  He’s thinking of settling down here in Alaska, making it his permanent base.  While he played a large role in the decision to reveal the existence of Shifters to the human world, he’s perhaps getting bigger exposure than he is truly comfortable with.  A point being this auction of a date with a Shifter fundraiser.  It’s not something he’s at all comfortable with, and his tiger, who has been laying low and quiet for decades is stirring making Major all the more apprehensive about this whole idea.  When he finally caught a scent that sent his tiger into overdrive he knew what was happening.  His mate was in the building.  Yet how could that be, he’d lost his mate to death years ago and the experience was one he’d never imagined he’d go through again.  It’s rare for a Shifter to find two mates within one lifetime, and it seems the odds were in his favor… and he’s not sure what to think of that.

Fiona is starting life over far from her natural home.  She’s divorced, cut loose the cheating ex-husband, tired of her mother’s over-protectiveness and is totally ready to stand on her own two feet doing what she loves.  Her passion is nature photography, and while this gig of taking photos for the Shifter Auction isn’t exactly in the wild, it certainly does put her up front and close to several men (and women) who can change into a magnificent beast before her eyes should they want.  And she has to admit that there are some here that she’d really want to do that.  Major, the man who turns into a white tiger, is definitely one she’d like to see in his natural state or any state if she’s honest.

I completely enjoyed Tempted By The Tiger on many levels.  It was satisfying to understand Major’s underlying sadness from the previous books, to understand why he speaks of his deceased mate in such hushed tones.  Fiona is a firecracker, a sexy woman who has more strength and courage than she can ever see in herself.  She’s going to need all that and more when she steps into Major and his fellow Shifters’ lives.  There is heart stopping danger, sexy steamy moments, friendship and the pain of almost losing the most important person in the world to you – and the decisions you might make in order to save them.

I believe most Shifter Romance readers will easily get caught up in this series and the intense characters they will meet in The Alaskan Shifters series.  I would definitely recommend this story and this series.  I would suggest that you consider reading the previous three book series, The Callaghan Clan as well for that gives you background on several characters.