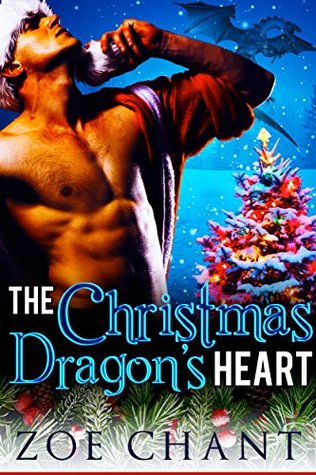 Curvy workaholic Claire Corbett has just landed the job of her lifetime: a position managing the Snow Castle, a winter retreat in the mountains. With her little brother along for the ride, Christmas promises to be all work and no play this year. That is until the mysterious shifter Raul shows up, and she feels determined to soothe his loneliness and show him the true joy of Christmas.

Dragon shifter Raul lost his hoard when he was a child. Ever since another dragon attacked and stole his father’s hoard, his dragon’s been lost without the focus of his heart jewel. Raul can’t shift – and without treasure, he has nothing to offer a mate. Nevertheless, as soon as he sees Claire, his dragon knows that she’s the one. But is a broken dragon worthy of a gorgeous woman like Claire?

It takes a sudden accident to bring forth Raul’s dragon’s power. But when it turns out that the accident was no accident, even a fire dragon’s strength might not be enough to escape a magical trap… Will they be able to uncover the threat to the Snow Castle in time to ensure a truly happy Christmas for everyone?

This is an Adult 18+ story, expect language and sexual situations that reflect this rating.

We return again to the Christmas Valley Shifters where we meet Raul and Claire, one broken fire dragon and one human hotel manager who has her deer shifter half-brother along for this Christmas since their newly married parents are off on their honeymoon.  Dylan is a typical teenager who really hasn’t gotten comfortable with a new step-mom or step-sister but they’re working on it.  We’re back at the Snow Castle where the first story of this series, The Christmas Dragon’s Mate took place, although we won’t run into that couple as they are off in Europe this Christmas season leaving Claire and Raul to tend to their hotel/home.  It was so much fun to recognize bits and pieces of the landmarks around the Snow Castle, it took me back to a fun and sexy earlier romance.

The Christmas Dragon’s Heart is full of romance, sexy moments, and some very real danger to both Raul and Claire.  It would help to have read The Christmas Dragon’s Mate for some background information that does appear here again, but for the most part, what you need to know is clearly indicated in either the dialogue or the narrative.

I don’t want to give away details, but I had such an enjoyable time with Raul and Claire.  Their story is an old-fashioned romantic delight in many ways that is combined with some serious danger.  If you love Dragon Shifters, Paranormal Romance or Shifter Romance… then you’ll have a blast with this story.