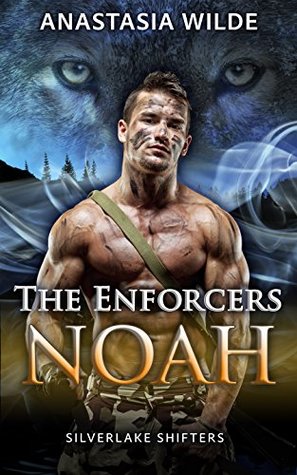 Noah and Mina have both been broken in different ways, but the damage has been done and neither feels that they will ever be truly whole again.  The absolute star of this story is Mina’s precious little boy, Brock.  He’s vital to the story, and quite the charmer at only 4 years old.  His abilities are unusual and it was such a delight to watch him develop yet still remain a little one.  So many thoughts are churning around in my head after just finishing this amazing story.  Yet I don’t think I want to go further than saying – this is such a good story on so many levels.  It’s heartbreaking and heartwarming at the same time.  It’s full of action and deeply personal moments.  There’s humor, danger, tears, giggles, sexy times and the bonds that pull people together under the most unusual circumstances.  So in my opinion, you need to take what you will from the Story Description and read, experience this one for yourself.

What a completely satisfying story to bring so many story lines in the Silverlake series to a “mostly” conclusion.  There are still stories to be told and those will happen in the next series, Bad Blood Shifters, I’m pretty certain – and who knows, perhaps by then we’ll have even more story lines to move along again.  In many ways I definitely hope so for these characters have become favorites to me, and I love the glimpses we get of all the characters we’ve come to care about in these series as they move forward in their lives together with their mates and families.

If you love Paranormal Romance or Shifter Romance, then The Enforcers: Noah is a story that you will want to read.  It will capture your attention, your emotions and leave you wanting more = all things that a really good story should do.