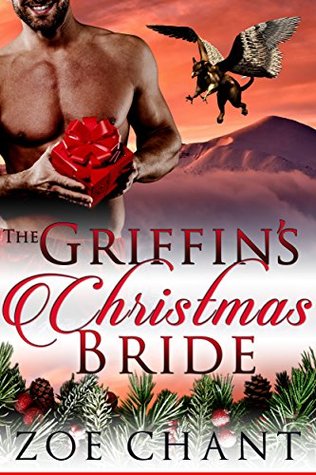 Roman was returning home to this isolated village on the mountainside, temporarily at least, because the clan leader was stepping down and every griffin had to be in town to cast their vote for the next leader or the election would not happen.  He’d left home twelve years ago over an argument with his uncle who did not want Roman going out into the human world.  The clan leader strongly believed that humans and griffins cannot mix, and Roman’s leaving has left a rift in their relationship.  Roman needed more than this village could offer and in spite of his uncle’s dire warnings he’s done well in the outside world.  His work as a veterinarian has been fulfilling and the humans he’s encountered have been, for the most part kind.  He’s missed home, but he no longer feels at home here.  Deep in this thoughts Roman was startled when an attractive human came into the cafe asking if there was a vet in this village as she had an injured creature that needed attention – an injured young griffin.

Mia was quite content with the work she does as a holiday decorator.  She gets to use her artistic talents and leaves homes and events in very happy hands while enjoying every moment of the creations she’s left behind.  Now just finishing up a job and heading back down the mountain in a white out she’s pulled over to the side of the road to clear her windshield when she hears… something.  What she at first thought was a large cat certainly looks like no cat she’s ever seen.  In fact, this creature looks more like a mythical griffin.  But that just cannot be.  Nonetheless, this little one needs help and she’s about to go find it for them.  Little did Mia know that one little lost griffin was about to lead her straight to her new home with Roman.

The Griffin’s Christmas Bride is a delightful story of two people that will not allow their differences to come between them.  Roman and Mia know that the bond they share is real and true.  Yes, it’s fast but mates know, it’s that simple really – and Mia trusts Roman’s word.  One little lost griffin who disobeyed his parents was the start for them and that adventure turned into quite a journey for them all.  Sometimes the old ways, even though they brought safety in the past, aren’t the best or only way.  This was something that Roman’s uncle had to accept and move on from.  I enjoyed my time in this world very much, and maybe we’ll return again one day for more griffin romances from this tiny village on the mountainside.

I’ve yet to meet a Zoe Chant story that I didn’t completely enjoy.  I’d recommend The Griffin’s Christmas Bride to any Paranormal Romance or Shifter Romance reader.