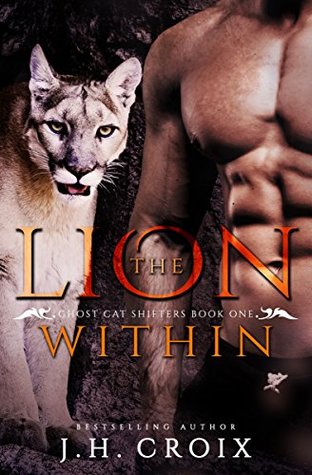 Daniel has returned to the town of his birth, Painter Colorado – and the town his family fled from after a tragedy struck at the heart.  His family left behind a dead son, shot during an accidental shift in a school playground and they also left behind their shifter heritage.  As his mother neared death she finally explained to him about his shifter half and he finally understood the strange urges he’d had.  Suddenly, so much about himself made sense and at the same time opened up even more questions.  he’d made the decision to return to the home he couldn’t remember to try to understand the past – he didn’t expect to rattle a nest of snakes or to meet his mate.

Sophia’s family is mending and she has taken on a very full load of her own successful business, tending to her mother and worrying about her brother who found himself in a boatload of trouble.  Heath had been injured in a car accident, as a result he became addicted to pain killers.  Unfortunately, that addiction lead him to look for stronger drugs to help his constant need for relief – he was busted and thankfully sent to rehab to deal with his addictions.  Still, Sophia cannot let go of her worry, the what if’s of her brother’s situation and the constant worry she finds coloring every aspect of her life.

When Daniel walks into her coffee shop for the first time Sophia and her lion sit up and take intense notice… and that attention is fully returned.  Sophia’s lion knows what she wants, her mate, but the human side is more cautious.  Her life is full to overflowing with family needs right now, how can she possibly consider starting a relationship.  With some prodding from her best friend, Vivi and the powerful attraction that will not be denied Daniel and Sophia will make those first steps toward each other.

As Daniel is learning more about himself and his past, the present is very much on his mind as he discovers that relatives aren’t always welcomed and his uncle is hiding a lot behind the doors of his old now neglected home.  And he’ll go to extreme lengths to keep his secrets just as hidden.

The Lion Within is an intriguing and sexy story.  I have not yet read the Catamount Lion Shifters series – a fact that I will be taking care of as soon as I’ve got a break in my schedule.  But the drug problems they’ve been dealing with up in Maine have a connection in Colorado.  Daniel’s journey of discovering his past is both heartwarming and heartbreaking.  He knows what happened to his brother, he just doesn’t understand what he is or how to deal with his Shifter side.  Sophia will have to allow her family to function on their own in order to grab her own happiness.  She can have both, she just has to understand that and find the faith and trust to let go.

I enjoyed this one very much.  And now I’m about to start on Heath and Vivi’s story – now that couple sounds very interesting indeed.  *grin*  Can’t wait to get started.  If you love Shifter Romance then The Lion Within should be on your reading list – it’s a good, solid and sexy love story with emotions that will touch your heart.