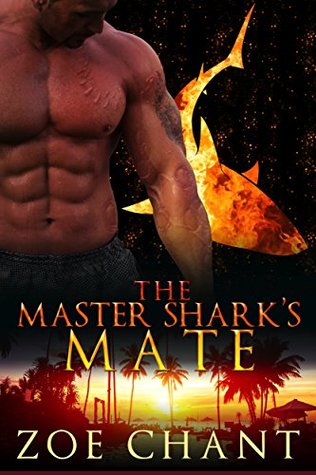 There are stories that I enjoy, some that make me smile, some that make me feel.  The Master Shark’s Mate gave me all of that and so much more.  I cannot remember the last time I chuckled out loud, laughed until tears rolled down my face.  It’s a priceless story told with just the right amount of humor, sensuality and emotions.

Martha is such an alpha, she’s kick butt take names and a meddling mother, grandmother as well.  She’s on a forced vacation and has no time nor inclination for romance… she’s too busy calling the kids back home and micromanaging her pack from the beach.

The Master Shark would do anything for his Empress, anything.  But this is just too much for any self-respecting shark shifter to bear.  Relaxing.  Why would someone want to relax when there was so much to do in a day.  Yet he’s been sent to this beach resort to “relax” and enjoy himself.  Well, he won’t defy his Empress, but he’s not about to relax on land that’s for sure.

Then the unthinkable happened.  Martha and the Master Shark meet… and discover they are true mates.  What the heck?!  Now they’re too busy denying facts to worry about relaxing.  And maybe, just maybe they’ll find that a land shifter and an ocean shifter can find common ground together.

I absolutely loved Martha and the Master Shark’s story.  And yes, he does have a given name after all, but I’m not going to give that gem away.  I’ve run into unlikely, almost impossible shifter pairings before… but this one is so priceless.

With this story Zoe Chant has crossed two of her series, Fire & Rescue Shifters and Shifting Sands Resort.  Both are fun, sexy, dangerous and addicting… put them together and you have precious gold.  I loved running into characters I know outside of their usual story lines.  I will caution though that although the Master Shark is not a member of the firefighters team he did play a huge part in the previous story Firefighter Sea Dragon, so if you haven’t read the entire series yet, I”d strongly suggest at least reading that one story first for there is definitely a back story involved in The Master Shark’s Mate.

I think by now that you get the idea that I strongly recommend this story and the entire series (both of them) for any Paranormal Romance or Shifter Romance reader.