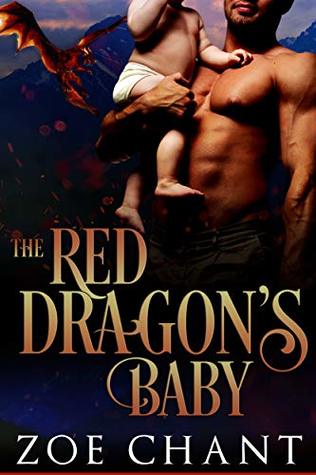 She’s vowed to give her baby a better life—all by herself.
Until she meets him.

Single mom Katie Miller has left everything behind. Unable to handle the idea of her six-month-old son being raised by her dangerous ex, she pulled up her life and escaped. Now she’s alone with her baby, road-tripping into the unknown with a little money and a lot of determination.

Dragon shifter Ronan Reinhardt escaped his own violent past years ago. Now, he lives deep in the woods, on the outskirts of a quiet shifter community, keeping himself to himself. Until Katie stumbles—literally—onto his doorstep. Ronan finds himself captivated and drawn to protect her and her baby son.

Both Katie and Ronan are used to lives of desperation and struggle. Now, they’re each experiencing a depth of love and comfort that they’ve never known. Can they learn to accept the love and safety a family brings? And when Katie’s past catches up with her, can the sleepy little town come together and help Ronan defend his mate and baby?

THE RED DRAGON’S BABY is the first story in the Shifter Dads series by Zoe Chant.  And if this first story is any indication we are in for a delightful treat in a small, isolated town full of shifters but also set so apart from the rest of the world that they are becoming forgotten and that’s not good for business or the residents of the town.

Katie is on the run with her six-month-old son, Noah.  She’s left behind a possessive, arrogant, dangerous ex who only saw her and their son as possessions to be kept in line until needed.  His family was no better, and Katie knew that the only hope for a real life away from being held onto until it could be known if Noah was indeed a shifter himself, in his teen years,… or tossed aside as worthless if he were a mere human.  This was not the life she wanted for her son or herself so she planned, maybe not as long as she should have but desperation cannot wait for perfection.  Now she’s found herself at the end of a dirt lane, with a real wood cabin to stay in and kind people around them.  She could settle here, but can she trust them with her secrets and Noah’s life.

Ronan seeks isolation and he’s found it deep in the woods in his small cabin with a community of shifters nearby that he trusts and interacts with upon occasion.  He also running but more from himself than an outside influence.  Ronan was raised in a violent environment where the only acceptable way to get ahead, move up through the ranks of the dragon clan and prove your worth was through backstabbing, constant battles and simply taking what you wanted from humans and shifters alike.  He didn’t want that life, yet he feared that he could become violent at the slightest provocation since it was how he was raised… so he keeps to himself, on the edges of the community and lives a lonely life.  Until Katie, his mate and little Noah came to town.

I was easily swept up into Katie, Ronan and Noah’s lives in THE RED DRAGON’S BABY.  Their story is interesting and believable in so many ways for who hasn’t run into someone who cares more for their image than the people in their lives.  It was a joy to watch Ronan slowly let Katie into his life, almost without even thinking twice about what he’s doing… but then finding your mate will give you a different look on life.  This small town is full of interesting shifters and we meet many residents who will have their own tales told one day.  In just the first book I already have a good feel for the people of this town and I want to know more.  Of course, danger eventually finds Katie and Noah.  That epic showdown was intense and, again, gives me a real feel for how the members of this town will protect their own.

I felt quite comfortable and at home in this first story of the Shifter Dads series.  Loved Ronan, Katie, and Noah and I’m definitely looking forward to discovering more about several of the single dads in town.  If you love Paranormal Romance or Shifter Romance then I’d not hesitate to recommend THE RED DRAGON’S BABY or the eventual other stories in this series.  I had a great time, and I’m sure you would, too.