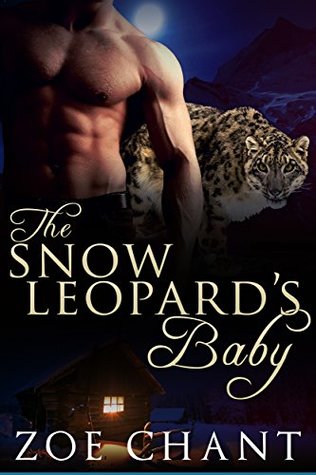 Leah Sanders has struggled to make ends meet since her fiance left her and her baby daughter Emily. Raising a baby alone while working part-time to support them is the toughest thing she’s ever done, and finally, she has no choice but to take Emily and go live with her mom. But when she’s driving across the state with her whole life packed in her car, an enormous blizzard throws Leah and her baby into terrible danger.

Snow leopard shifter Jeff Hart loves his job as a ranger at Glacier National Park. It’s the most beautiful place in the world to him, and helping keep people safe while they explore it is his dream career. But he’s tired of coming home to an empty house. More than anything, he wants a mate, and a family.

When Jeff finds Leah and Emily lost in the snow, he’s determined to make sure that they’re okay. He rescues them from the blizzard and brings them to a mountain cabin, safe and warm…and soon he realizes that he’s found his family. But Leah has more troubles than just the cold weather, and she isn’t sure she can ever trust a man again. Can Jeff show her that love isn’t the lie she thought it was?

The Snow Leopard’s Baby is such a touching, charming and of course, sexy tale.  Who wouldn’t fall in love with an amazing man like Jeff?  And who could resist Leah and the adorable Emily?  Not me that’s for certain.  The cover description gives you a very good general picture of this story.

I adored the loving touches in this story.  Small things, really, but they gave such an ideal of a partnership in parenting that not everyone gets, but when it happens it’s a special kind of magic.  Leah was so convinced that she was at fault for the man she trusted turning out to be a piece of nasty crap – when the fault was totally with him.  And I have to admit to a very good feeling of justice at one point in their story… you’ll see.  In spite of his family’s non-belief in the true mate lore, Jeff wanted that special unique relationship.  One like his friend  Grey had with his mate.  You just knew that they were meant to be together, he longed for that, but knew finding it was a long shot.  Shortly after rescuing Leah and Emily, and even before when his snow leopard had such a sense of urgency to find them, Jeff knew that he’d found that one person just right for him.  Now, all he had to do was be himself, and show Leah what a perfect mate and father he’d be for them.

This is one of those feel good romances that doesn’t have to be a Paranormal Romance, it’s simply a Romance between two people who match – and one happens to be a Shifter.  It’s quietly, comfortably one of the most emotionally satisfying stories I’ve read for a while… and I read a lot.  I would not hesitate to recommend this story or this series to any reader who loves the magic of the Paranormal Romance or Shifter Romance.  This one will touch your heart… plus the steamy, sexy moments just add to the enjoyment.