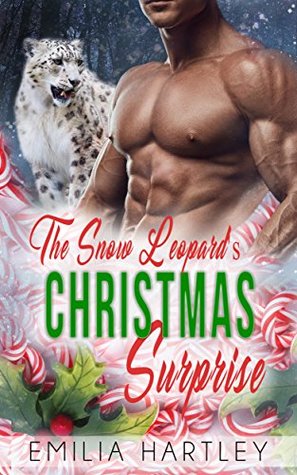 While there were parts of THE SNOW LEOPARD’S CHRISTMAS SURPRISE that kept me reading (mostly Nolan) even when I was very, very tempted to do a rare for me DNF on this one at several points, I simply have to call this story a good one, but not one that I enjoyed.  There is an obvious audience that feels differently.  I simply could not find anything about Ellie to make me root for a happy ending anywhere in sight for her and Nolan together.

The premise of the story – a one night stand resulting in a pregnancy unknown to Nolan, the growing bitterness of Ellie over the years of single motherhood, and the eventual reunion of two former lovers was a good one… what kept me from truly liking this story was frankly, Ellie.  So bitter I could taste it.  One step forward, ten steps back into her safe cave of anger, resentment, suspicions, and that bitterness.  Now to be fair Nolan was a jerk for thinking about that one night stand but taking his sweet time in going back to the woman he couldn’t get out of his head.

Their story ended at the 10% point on my Kindle – the remainder is bonus stories of the author’s other books/series.  I wish I could have liked this one for I dislike leaving unhappy with the story reviews – but while a good idea the characters just didn’t work – for me, they may for you so my suggestion is to read this one for yourself and make up your own mind.