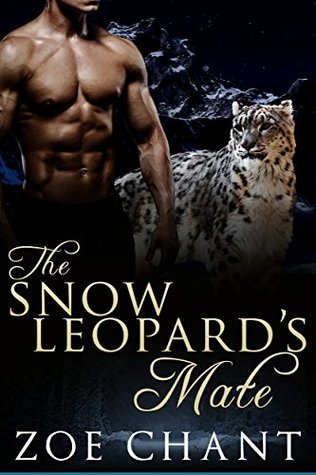 Alethia Parker has never had any luck. With a shifter father and human mother, her brother got the shifter gene, not her. And after her boyfriend dumped her in the worst possible way, she’s the one who got the reputation. In a small town, no one ever forgets your mistakes. Especially when your ex is always around to blame you. All Alethia wants is a fresh start in a place where no one knows her name. But when the handsomest man she’s ever seen comes to her defense right there in town, she’s shocked to find herself falling in love. But will her past tear them apart?

Snow leopard shifter Grey Landin thinks he learned his lesson from his own wild past. Now all he wants is to live quietly, working as a lumberjack by day and returning to his solitary cabin at night. But he’s not the kind of man to look the other way when a woman’s being harassed. And when he looks into Alethia’s eyes, he sees the snow leopard that only he can release… and the mate he never believed he’d find.

Grey longs to sweep Alethia away to a new life together, but her ex-boyfriend is determined to keep her in her place– even if it means a fight. Can Grey persuade Alethia to believe in love when she’s been hurt so badly before? Can this wild cat set his mate free?

In some ways The Snow Leopard’s Mate is rather heartbreaking for there, unfortunately, are families who treat their members like Alethia’s brother and sister-in-law treated her… the entire town really.  Too often the people who are supposed to defend us, love us no matter what, simply do not.

Grey had lived the hard life, and now he was searching for something else.  His love for the forest, it’s creatures and his own nature make him a perfect candidate for the forestry service.  But all things come in good time, and while he’s waiting for that opening to happen he’s doing some logging in this small town.  A town mostly overrun by the kind of Shifters that give them all a very bad reputation.  One lovely young woman seemed to be taking the brunt of the abuse from just about everyone.  And when he looked into her sad eyes, he saw his mate.  Now to convince Alethia that he could be trusted, that she could have a very different life if she can take the biggest risk of her life and trust in what she’s feeling.

I enjoyed Grey and Alethia’s romance.  It’s a short read but with a powerful message within.  If I rejoiced a bit at some smack downs, well that’s between me and my Kindle.  I truly wanted the brother and sister-in-law to burn in a vat of oil, very hot oil.  But then I get bloodthirsty when people are supreme jerks.