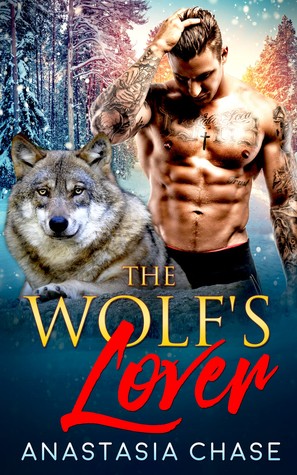 Leaving her pack was the hardest decision Cara Danish ever had to make, and without her twin brother made it all the more devastating. Finding an alpha to love and trust was all she ever wanted but when she met Titan Finnegan, it tested the depths of what she truly desired.

Watching the tough, beautiful, and mysterious wolf who took on a bear, recover in his cabin brought out a side of Titan his pack never got to see. Cara was good for him, but whatever she was running from in her past was bound to catch up with her. The feelings blossoming between two strangers was something he trusted, it’s whatever was after her that made him question it all.

A long way from what she used to call home, and wrapped in the arms of a stranger… Will Cara be able to finally land in a pack she can call her own, or will her non-trusting ways unravel the bonds of love Titan holds with her?

Titles in the Alpha Wolves of Myre Falls series include:  The Wolf’s Lover –

While I didn’t love The Wolf’s Lover, I also didn’t hate it but fell somewhere in-between for several reasons.  To be straightforward, there was a bit too much confusion about the two Alphas of Cara’s previous packs.  Her memories of those encounters are so similar that at times it is confusing which Alpha she”s thinking about.  Cara was a young woman who wanted to be mated to an Alpha… and was in love with the idea of being mated.

Titan has his own issues to be dealt with even though he felt immediately that Cara could be his mate.  Still he held back for reasons that are explained late in the story.  The dynamics of this pack are a bit outside of what I normally read, so I can’t really comment on whether I like or dislike – I think I’m simply becoming accustomed to another way of pack life.

This one was an enjoyable read, even if I didn’t fall in love with it.  I would pick up the next book in this series simply to see where it’s leading and if I want to follow.  Of course, this is simply my reaction to this story, yours may be quite different.