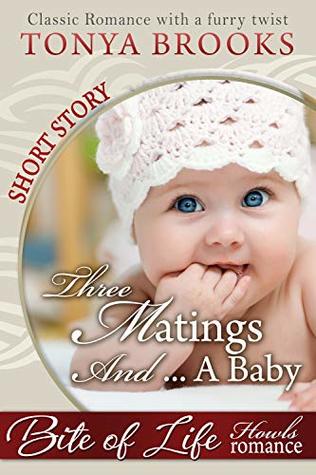 THREE MATINGS AND A BABY was the perfect way to bring several romances that we’ve been aware of full circle to what happens beyond those famous “and they lived happily ever after” words.  We all know that life goes on, and sometimes we get a glimpse through the epilogue but I love when a short story wraps everything up with a bow – and hope for something more one day.

I loved seeing Reece and Jolie awaiting the birth of their second child, as well as Dane and Shana getting ready for their mating ceremony.  There are a couple of surprises, more than a few chuckles and the love that shines through from all of the couples.  I enjoyed getting the rest of their stories and I hope to hear more from this pack in the future.

If you’ve read THE BIG BAD WOLF’S EX  or the sequel, HER WOLF IN SHINING ARMOR then you’ll want to complete the happy ever after with this short story.