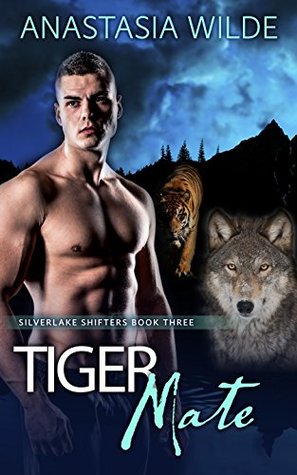 I believe that Tiger Mate is the best of the Silverlake Shifter stories.  Granted, we still have The Enforcers spin-off of Kane and Israel to go yet – but in my opinion it’s going to be difficult to top this story.

Because of the complexity of the story, things revealed and story lines that give some answers and leave more to be discovered – I find that I don’t want to go into many details about this one.  Not that I couldn’t sit here and talk about Tiger Mate for hours, I easily could.  Yet I believe this is one of those that you need to experience this story for yourself.

If you’ve followed the series so far, and you thought that Grant was despicable, you ain’t seen nothing yet.  Full of fast paced action, desperate moments, sizzling sexy times and a love that will defy everything to find a way to flourish… this is Shifter Romance at it’s best, in my opinion.  I loved Jesse and Sophia together, they have that feel of an established couple from almost the start, and you’ll easily become caught up in their story.  Of course, we’ll run into familiar characters and another totally nasty villain.

I would recommend this story and this series to any Paranormal Romance or Shifter Romance reader.  With a compelling plot, interesting characters and action that will keep you flipping pages, this is one you’ll want to check out.