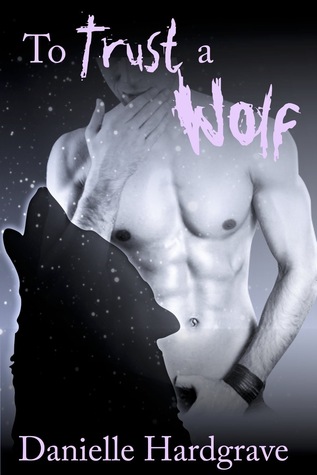 To Trust A Wolf is the first story in a new series, so I expected some world building.  The lore for this series is particularly interesting as it involves a newly discovered Viking Hoard – and one particular piece in that discovery that is the center of both this story and the ongoing thread to tie future stories..  Don’t be fooled by the size of this novella, it certainly packs an impressive reading punch of a story line.

Helen has no interest in or knowledge of Vikings, the paranormal world or why this particular discovery is such a huge deal.  But that’s not her problem, she’s got a gala to deal with but instead of focusing on that task she’s playing babysitter for an entitled, arrogant patron with more money than sense.  But he’s paying to catch a look at the Viking discovery and she’ll do what it takes to keep this small museum afloat – even put up with handsome strangers whose eyes seem to know far more than they should.

Rune is not what he seems on the surface.  His mission is to discover if that one piece is here in this Hoard.  And to make sure it gets into the right hands, not the museum’s dusty shelves or an enemy’s clutches.  Now he not only has to protect an artifact but also his woman from dangers she has no clue even exist.

I enjoyed To Trust A Wolf.  The lore of this story is uniquely interesting and I’m looking forward to how it plays out in future stories.  Our couple does get a happy For Now ending as this one ends if not technically on a cliffhanger… close enough to that edge to know that their story and much more will be found in future books.  I’ve never been a reader or reviewer who hides the fact that I, personally, do not enjoy cliffhangers.  So I can state that this story does wrap up the current situation, with a thread to follow, …a strong thread to follow into the next story.  It’s obvious that Helen and Rune have a unique attraction and equally obvious that we’ll find out more about how they move forward in another tale.

I would definitely recommend this one.  It’s intriguing, edgy and sizzling in all the right places.  It’s always fun to get in on the start of a new series – and this time it’s also an honor to be in the the beginnings of a new publishing house.  Looking forward to what comes next.