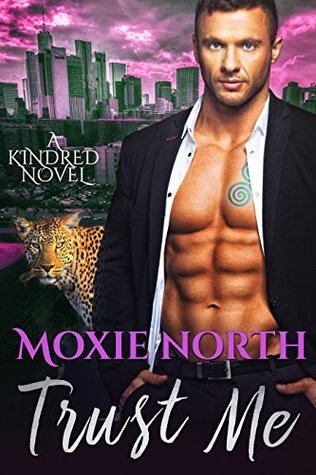 Running Thayr International took all of Kindred shifter Gideon’s focus. He kept his clan and family his top priority, not knowing when he would hear the mating call. He’d never met anyone that he’d even considered until a quiet woman caught his eye and his interest. She didn’t know it, but when Gideon puts his mind to something, he gets what he wants.

Faye Dixon knew that finishing her veterinary assistant program was the key to changing her life. She could leave the life of a mail clerk behind and find satisfaction and joy working with animals. Until then, there was always the chance she’d catch a glimpse of the most handsome Kindred she’d ever seen on her daily rounds. Those days were the best. Gideon wasn’t someone who would be interested in her, but a girl could dream.

Faye had no idea that calling in sick for a few days would change her life forever. A Kindred mate and a new future was on the table. All Faye had to do was trust Gideon of Clan Othala was meant to be hers and show this billionaire shifter that there is more to life than work.

Trust Me is a Kindred novel with some slight connections to King Security International.  If you love Moxie North’s novels be sure to visit our Moxie North page for a list of books, and connections.

While I love my shifters with their lightening bolt immediate knowledge of their mate, it’s always fun and exciting to get a different slant on the shifter lore that we’ve become familiar with.  In the Kindred world shifters don’t have that immediate revelation of finding their mate, they may actually be around, near or involved in some way with their one and only for weeks before they hear the mating call.  For each shifter that mating call is different and unique to them, it might be a touch, or a sound or even a kiss… until the mating call confirms it they can suspect, wish or go a bit crazy wondering why they are so attracted or compelled to protect but without the call to confirm it they will not, cannot commit or claim their mate.  The Crones, those wise older women of the Clans often have advance knowledge through their visions and will nudge two people together… but still until the mating call is heard or felt all matchmaking bets are up in the air.

So, with a bit of background knowledge I’m about to confound you a bit when I say that I don’t actually want to talk much about Gideon and Faye’s story because I truly believe to do so would deny you the chance to experience a very different shifter romance for yourself.  Yes, there is steamy sex – eventually – with lots of sparking sexual tensions before that event.  Yet in Trust Me, it’s all about the journey of two people who are meant for each other but have quite a few internal obstacles, and one major external annoyance to get past before that mating call is heard for Gideon.  Watching Gideon feel and act so protective of Faye, attracted to her but almost forcing himself to feel the mating call is poignant with the sense of waiting on pins and needles with him.  Faye is a woman who has had a very hard, difficult life to the point where she tries to make herself invisible.  She has goals, and they are attainable but with a lot of sacrifice and hard work way down the line.  Faye is like a newly emerged rosebud, tightly bound at first and slowly over time unfurling to become a thing of beauty.  My heart broke for her, and at times I did get a bit frustrated at her denials or the reasons she felt she had to deny what she and Gideon were experiencing.  Gideon and Faye worked together, the reader knows it, the Crone knows it but watching them learn about each other, build a trust beyond the sexual tensions was well worth the waiting for Gideon to hear his mating call.  And what a reveal that was.

I was hooked from the first page right until the final word.  I loved this story, felt a connection to the characters and cannot wait to re-visit the Kindred world once again.  If you love a good romance that just happens to be about a unique type of shifter, then I’d strongly recommend Trust Me.