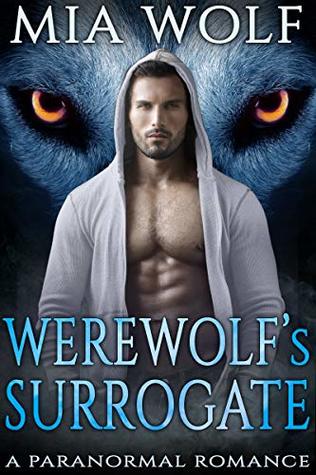 What do you do when the heat is unbearable, but your heart isn’t ready?

Rex is the Alpha of Wolf Mountain and the biggest party animal in town. Being hit by his huge claws means being out of commission forever.

But Rex is in trouble. The Elders want him to have a family to secure the pack’s future. And Rex doesn’t want a mate. Luckily, a surrogate by the name of Felicity is the perfect solution.

Felicity is out of money and has nowhere to go. So when she’s offered a large sum to carry someone’s baby, she says yes. The only drawback is that she has to stay at a mysterious manor with the baby’s father. Which is fine.

Except that the guy radiates arrogance and unfortunately looks like the cover model for a romance novel. His forearms are deliciously muscled and veiny and … Stop! She’s SO not going to drool over him.

But there are secrets at Rex’s manor. And Felicity isn’t safe here.

When an old rival takes everything away from him, can Rex’s primal instinct protect all he has left? With the baby growing in her, can Felicity deny her maternal instinct? And can Rex and Felicity stand the unbearable heat between them?

This is an adult 18+ story with language and sexual situations that are geared toward that age audience.

“Werewolf’s Surrogate” is intense in both the fast-paced action of the story as well as the situation that Rex and Felicity find themselves in.  It provides a unique slant to the fated mates of the shifter world with one Alpha who has no time or desire for a mate but is being forced into providing an heir for the future of his pack.  The story begins a few years prior with a mysterious, suspenseful event that will change the future in ways that will affect how Rex looks at his role as Alpha, his need for others in his life, even his rebellion against the pack Elders.  One villain’s plan is long reaching, and Rex along with his baby surrogate are right in the crosshairs of danger and true evil.

It was very easy to fall into this world as the story and the characters grab your attention immediately.  I liked Rex and Felicity both individually and together as an eventual couple.  Each certainly has issues that play a major role in their romance.  Yet it was fascinating to watch them slowly shed some of those attitudes as they started to see the real person they were involved with in this creation of a new life.  At this point in time I would say that “Werewolf’s Surrogate” is a single title — yet, I can see how it could be the beginning of a series, and I really hope the author returns to this world for Rex and Felicity would make great Pack leaders.  But that’s a reader’s wish, I’ve no indication that will actually happen.

I enjoyed myself in this world and would not hesitate to recommend this story to any reader of Paranormal Romance or Shifter Romance.  You’ll find a well-defined story, interesting situations, believable characters and a unique look into the modern world’s technology entering into the old world of shifters.