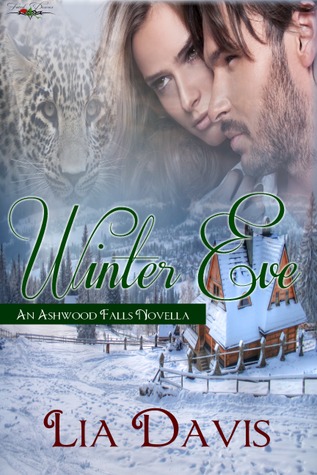 There comes a time when setting your differences aside isn’t just necessary, it’s a means of survival. After losing over half of their dens to a group rogue shifters, the wolves and leopards merged as one Pack, but living together is much more of a challenge then they expected.

Danica Welsh was born to be the leopard pack healer. An accident involving a drug induced youth left her badly burned and scared—emotionally and physically. Without the ability to heal by touch, she secludes herself to the edge of town, away from Ashwood Falls’ overly concerned citizens. All hope of mating and family become a distant dream. When she finally starts to accepts the long, lonely existence ahead of her, a stranger crashes into her life, and her heart.

After Nevan Mathews’ fiancé died three ago, he submerged himself into his work, cutting off all reminders of a life he dreamed of with the woman he loved. He lets his step-mother talk him into taking the first vacation in five years to visit for the holidays. But an accident delays his travel plans, sending him to Danica’s doorstep and raises a need he thought he would never feel again.

Can they tear down the walls around their hearts and submit to the passion before another claims Dani for his own?

Danica lived on the outskirts of the town of Ashwood Falls.  Her cabin was her sanctuary.  Even as a healer for the Pack and a leopard shifter, Dani often felt alone even in the midst of her friends and pack.  Years before Dani had been burned on the right side of her body trying to talk down a drug crazed youth.  One moment she was fine and dealing with the young man, the next she was engulfed.  The burns limited her healing abilities since she was a touch healer, so although she could still heal she didn’t feel adequate as the only healer for her pack.

In the days approaching Christmas Nevan was making his way up the mountain to visit with his step-mother, Sarah and his four step-brothers.  Nevan had grown up in these mountains, yet after his father’s death he simply had to get away.  Even though the years had passed, his love for his family and their home was strong.  Nevan was a healer himself, healing not bodies normally but damaged minds.  Lately his own mind had been filled with the loss of his father and then of the woman he was to marry.  Their deaths weighed heavily on him to this very day.

With his mind still somewhat in the past, it wasn’t too surprising to find he flinched and swerved the steering wheel when a large shape darted in front of the car.  He crashed into the side of the mountain.  Thankfully only his rental car was damaged and as he turned to look for the animal who caused this wreck he caught the moonlight reflection from the large cat’s eyes just yards away from him.  Leopard.  As the cat stood and started walking toward the cabin, Nev watched.  When the cat looked over it’s shoulder, slowed and then started moving again he took it as an invitation to follow.

Nevan had grown up in these mountains, his family’s pack lived further up the mountain.  He was human, but he had lived with mountain lion shifters for most of his life.  Seeing the human in the leopard’s eyes wasn’t a stretch by any means for him.  Now with the hopes that he wasn’t to become some large cat’s dinner, he headed for the cabin – only to be greeted by the most beautiful woman he had ever seen, Danica.

We are introduced to some of the members of the leopard and wolf pack of Ashwood Falls.  Friends, the alpha leader and very distrustful males.  In time Dani and Nevan will find their way to each other physically, sensuously as Dani realized that Nevan is her true mate.  And of course there is the usual male chest thumping of the males of the pack, putting down the mere human.  But when push comes to shove, Nev will do anything needed to gain Dani’s love and the acceptance of her pack.

Winter Eve is the introductory prequel to the series of Ashwood Falls.  While we have met a few of the citizens, there are many more to yet encounter.  This promises to be an interesting, entertaining and addictive series for any shifter lover, like me.  I am looking forward to getting to know everyone and learn their stories as well.

Highly recommend this series – the prequel sets up the beginning of a very interesting series.  You might look at the publication date and think… eh, this is too old of a series for me — but honestly it isn’t.  Yes, it’s a longish series of six books at this writing… not so very long at all.