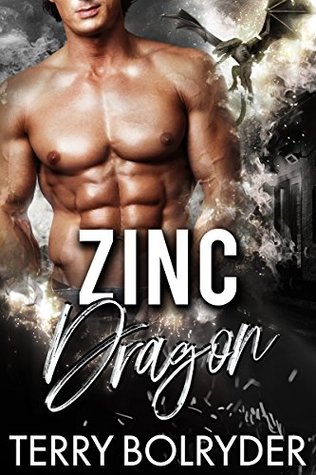 The Zinc dragon has always known the toxic metals in his bloodstream could end him. But now, separated from his friends and barely clinging to the hope of rescue, he’s finally resigned to his fate. At least he gets to spend his last days with a wonderfully kind, curvy woman that he would give anything to have met under different circumstances.

Leanne doesn’t know what to do. A human prisoner caught up in matters much bigger than herself, she’s doing her best to help her fellow prisoner Zinc survive, in spite of her own incredible attraction to him. So when a chance opportunity might give them the key to escape, Leanne is willing to do whatever it takes. Even if it means mating a dragon.

With Zinc’s strength returned, and his unexpected mate by his side, he’ll do whatever it takes to protect Leanne. Even if it means returning to his home of Drakkaris. But with danger on all sides, Zinc may have to choose between his role as prince and future king, and being the man that can make his mate happy.

Zinc has been the dragon most affected by his metal poisoning him from within.  We’ve watched him grow weaker and weaker through the earlier books, now he’s practically left on the sidelines in battle and his effectiveness is almost at an ending.  He’s not going to survive much longer unless he finds his mate – in most unusual circumstances.

Leanne is a dragon heart, a human who has shown immense courage at potential risk to themselves.  She’s been captured by these evil goons and their “queen”.  When another prisoner is brought into the dungeon Leanne has no idea that her life as she knows it is about to change.  All because of one man, one dragon and her own kindness toward him.  She makes a choice based on quickly gathered information – now it may be a decision she regrets, but dragons mate forever.

Leanne and Zinc’s story is full of sorrow, passion, danger and yes, misunderstandings and mistakes on both of their parts.  I liked Leanne, her strength is there for Zinc, even when she has honest doubts.  Zinc was also a charmer, but one who needed to take a step back and really look at the situation beyond his own needs and desires.  There are choices to be made, and some may bring heartache, watching this couple work their way through the difficulties they’ve faced was entertaining and gave me a sense of completion for Zinc – I’ve always had a soft spot for that dragon.  I’d recommend this story and the entire to any Paranormal Romance or Shifter Romance reader who enjoys an intriguing story, interesting characters and certainly sizzling sexy moments.