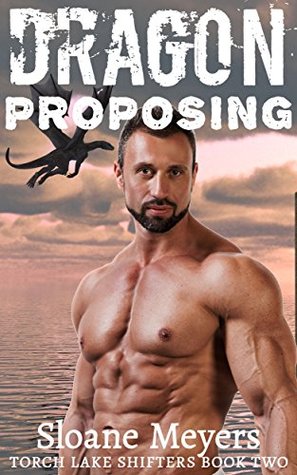 Time is running out on both of their futures…

Rachel Bennett hails from one of the richest families in the wizarding world. She can trace her lineage—and her family fortune—back for centuries. But she’s about to lose that fortune thanks to some outdated laws that require female wizards to be married to receive inheritances. Rachel already lost her whole family in the Dark War, and she’s not about to lose all of her family heirlooms, too. Appalled that these sexist laws are still on the books, Rachel fights to have them changed. But the clock is ticking too fast for her, and it looks like all is lost. So when handsome dragon shifter Jake Palmer offers her a marriage of convenience to help them both avoid the laws, she’s tempted to accept. The only problem? She can’t stand Jake and he can’t stand her. But with no other offers on the table, Rachel accepts. She should have been relieved when, days before the wedding, a way out presents itself. So why is she suddenly heartbroken at the realization that Jake no longer needs her?

Dragon shifter Jake Palmer has big plans for his career. Those plans did NOT include being prevented from running for office by an old marriage requirement law. In a desperate attempt to buck the system, Jake proposes to the beautiful but snooty Rachel Bennett. Jake long ago decided that fate forgot about him when handing out lifemates, and gave up on love. So why not settle for a marriage that amounts to nothing more than a business arrangement? But it doesn’t take long for Jake to realize that Rachel isn’t as stuck up as he thought, and that love hasn’t passed him by after all. He’s fallen head over heels for the wizard heiress, but she’s not going to stay with him if there’s another way to get her fortune. Or is she?

Has Jake and Rachel’s business arrangement turned into more than just business? Read this steamy, action packed dragon shifter-wizard romance to find out!

The only antagonist we run into in Dragon Proposing is an ancient law regarding marriage – and who can inherit family property, run for office or open certain businesses only when tied in legal matrimony and no other way.  I get the impression that Rachel’s and Jake’s story is setting up parts of the rest of the series, and for that purpose it does, in some ways, move the series along.  So let me put my reaction to Dragon Proposing this way – I like the story in general, I like the continuing of the shifters and wizards concept of the previous series that connects, I even like a brand new town growing up out of the Dark Magic Wars rubble to begin again.  I did not like Rachel or Jake.  For the first time I’m facing not liking either of the main couple and that is frustrating.  I could say by the end of the story Jake overcame his prideful attitude or Rachel stopped being an entitled, spoiled brat – and maybe by the final two chapters they did.  By then it was too late for me to care one way or the other about the outcome of their story.  I get that the lesson was to not assume anything about another person based on only what you see on the surface.  If their bantering had some sexual tension to it, then I might have believed in a growing attraction.  It didn’t.  It was simply mean, rude and not the way I expected these characters to act through the entire story.