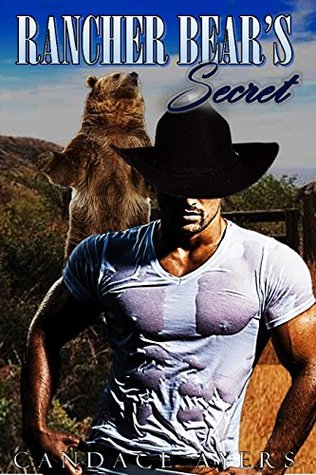 Michael is a broken man with what he considers a broken, dangerous bear.  That may or may not be completely true, but what matters really is that Michael believes it, and lives it as truth.  Recently, in defense of his family, Michael made a difficult choice and his bear protected his brother and nephew from certain death… with death.  This has only further convinced him that his bear shouldn’t ever, ever find his mate for he is afraid that he’d harm her.  Too bad that fate has other plans and had delivered his mate right to the ranch.

Daisy is attracted to the man, strongly, unusually and without even knowing his name.  She defends him, and pretty much browbeats him into dinner plans.  So not like her.  But this man, Michael, pulls at something deep within her, and she”s not willing to let him go until she understand what and why and if he’s worth fighting for.  Unconsciously she’s already made that choice – now it’s up to Michael to do his part.  And she is not too proud to run him to ground to get answers, the ones that she wants and deserves.

Rancher Bear’s Secret gives us a better understanding of the horrible things Michael went through in his younger years that made the man, and the bear, as they are today.  It’s heartbreaking – but there comes a point where Michael has to take responsibility for how he’s treating his bear.  Daisy is exactly what they both need.  She’s feisty and stubborn enough to bring the true Michael to the surface.  And his younger brother is stubborn and wise enough to show him exactly where he’s been making mistakes.  I hurt for Michael, but at times I also wanted to shake him.

While this is a very short story, it does touch upon some important parts of this series, and brings together two people who need each other without a doubt.  I liked Michael and Daisy, and there are some sweet revolutions near the end that could get you a bit misty-eyed.  Another brother to look forward to in the next story, and I’m off to get started on that one next.