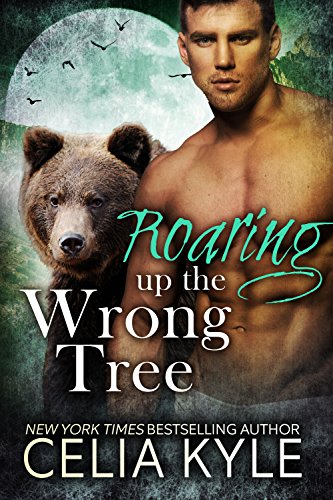 I have to admit that while I enjoyed parts of Roaring Up The Wrong Tree, it was also my least favorite in this series.  There are several reasons for that, and I’m not going to go into them all.  My main frustration are the rules and laws of the clan that apply to some people, sometimes… and don’t apply to those that really should be punished for whatever they’ve done.  And the inconsistency of a main character’s personality.  Ty was an amazing main character to start off this series.  Now he’s become an absolute jerk, and a man that I don’t like much anymore.  I have read the entire series, so I know what’s coming.  Still so much of Keen and Trista’s romance was an enjoyable adventure.  I liked their connection and the way it finally worked for them.

So while there were aspects of this story that were frustrating to me, personally – I’d still recommend it as a story that anyone who loves Paranormal Romance or Shifter Romance should read.  I’m not going to love every story or character that I read about, no one does really.  So my enjoyment of the overall series counters my frustration with this one story.

I read this title through my Kindle Unlimited subscription… a while back it’s no longer available on KU.