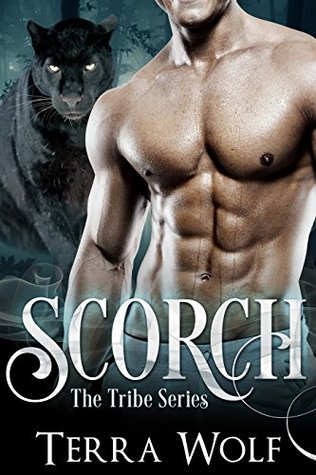 There have been times when the first story in a series has been very “iffy” as to whether I’d continue the series.  Usually I’ll grab the second book, and be glad that I did.  I’ll be straightforward here… I’m really not sure if I will continue on with The Tribe.  While there are a few good reasons for that reaction but most importantly is that I don’t enjoy stories where the set up and the romance between the main couple is based totally on a lie… or an unspoken truth.  I do not like to be hoodwinked in real life, and if a  man I loved did this to me I’d be so outta there… fated mates or not.

The writing magic of Terra Wolf and Ally Summers is excellent as usual.  Drew and Franchesca are likable characters.  It is the concept of the story that I’m not enjoying, and that’s unusual for me as I’d have believed that I would enjoy anything Shifter related.  There is a lot of world building, and even justification building for the actions of the men in this series done in this first story.  Franchesca was adopted, has no idea what life is as a member of a panther tribe.  As such she has no idea of what being Drew’s mate involves.  And as Drew is falling for her, he isn’t very forthcoming about the reality of their upcoming life together… or rather her role as First Wife.  Her’s was the first name on his mates list given to him by the Tribe council.  A shopping for mates list.  We learn how tribe life works along with Francesca and the more lies and half truths I read the more uneasy with this story and series I got.

The truth is not every story line is going to be enjoyable for every reader, no matter how much they enjoy the author.  And that pretty much is how I feel about Scorch and The  Tribe.  I may at some point pick up the next story to see if my opinion changes… and maybe I’ll simply move on to the next series these talented authors did together.  No harm – no foul, this one simply wasn’t really for me.