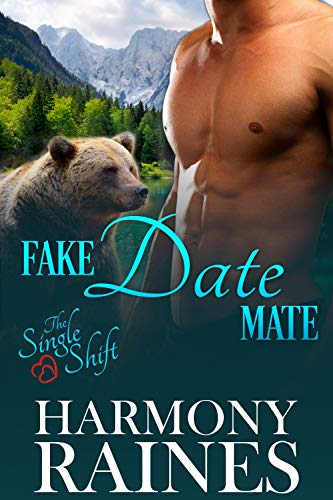 It was meant to be a fake date. Instead, he found his real mate.

Bear shifter Rory reluctantly agrees to be the fake date for a friend of a friend. It’s one night. One night when he can forget how lonely he is. One night where he can dance with a woman and have fun.

Or at least pretend to have fun, since fun is not his thing. Not when his heart yearns for the woman of his dreams.

Then he meets Danni and immediately realizes she is the real thing. Can Rory persuade Danni to give love one more chance?

Danni is off men…for life. She is not going to get burned again.

However, when her fake date arrives, she has to admit there is nothing fake about the way he makes her feel.

Rory is only dating her as a favor. She is not going to fool herself into thinking it’s anything more.

Can Rory convince Danni to take a chance on love?

Titles in The Single Shift series (quick, fun, Shifter Romances that can stand on their own) include — Fake Date Mate –