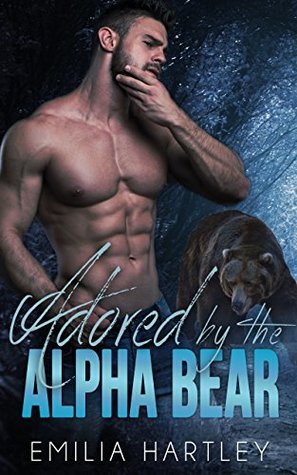 While on her way to recruit a new client for the Liberty Art gallery, Jo comes across a pair of bears, fighting. In their fight, they bump into her car leaving it badly damaged. After reaching the nearest mechanic’s shop she finds out that with the repairs needed, she won’t be able to make the meeting with her client. With nothing else to do, she is forced to treat the next few days as a brief vacation.

When a beaten and broken car enters his mechanics shop, Nick immediately recognizes what he and his brother, Tom, had done. In their play fighting, he and Tom might have caused a bit of damage to this innocent woman’s car. Guilt immediately overwhelms him. After meeting Jo and seeing what a stressed state she’s in, his bear can’t help but feel the need to protect her. Deciding to keep his attraction to her a secret from his brother, he does his best to comfort Jo with caution.

Nick and Tom are bear shifter brothers from a small town basically out in the woods.  They have no official pack, consider themselves all the pack they’ll ever need.  But as alpha bears the packs from the surrounding area are always trying to recruit them, one has gotten violent about the need to bring the brothers into their pack.  The brothers were raised by their dad who firmly believed that shifters and humans did not mix.  There would never be human mates for his boys and that had been made extremely clear throughout their upbringing.  Now, Nick and Tom are doing their normal play/fighting in bear form in the woods – it’s one way they get out the aggravation of their bears.  Only this time a stranger is affected by their play and her car is severely damaged by their rough housing.

Jo is at somewhat of a crossroads in her life.  The job she once loved has become a royal pain due to one man, Brian, who seems to get crankier and cheaper by the week.  Instead of flying to the meeting with a potential client for the art gallery, she’s been made to drive and stay in extremely cheap, almost pay by the hour motels.  She’s had just about enough, but knows that quitting will be difficult.  As her mind is mulling over her life, a dark shape slides into the side of her car, moving it unexpectedly.  Before her eyes are two bears fighting on the road, although it doesn’t seem to be drawing blood or either giving up.  For several minutes, and several slams of their massive bodies into her car she stares speechless and afraid.  When the bears amble off a short time later, one seems to look over his shoulder at her car and shake his head.  But that was just the fear talking, right?  Jo cautiously checks out the damage to her car and knows she’s in deep trouble that she cannot afford.  She heads into the small town nearby to look for a repair shop, not realizing that her life is about to change forever.

I enjoyed Adored by the Alpha Bear. Nick and Tom are very rough and tumble kind of guys.  Tom is protective of his older brother and tries to stop his involvement with Jo, but to no avail.  There is danger from a pack that just won’t take no for an answer, tensions from Nick trying to control his bear and Jo falling for a man she doesn’t know but feels a connection to.  It was fun, sexy and there will be another story for Tom in the near future.