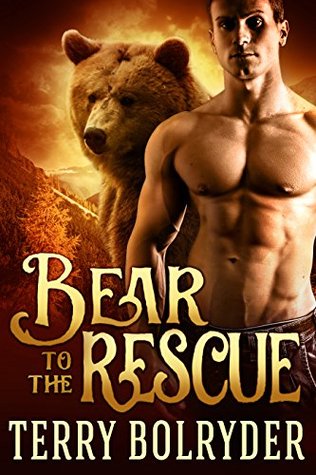 Bronson is the best bear in the business when it comes to personal protection. As the owner and founder of Bear Claw Security, he takes bodyguarding to a whole new level. And while he’s used to ladies coming on to him for his good looks and easy smile, he has never had a problem staying professional. That is, until his new employee turns out to be a sassy, curvy, sharp-witted hacker who needs his protection and may just be his mate.

Tech expert Regan is only working at Bear Claw as a favor to a friend. She’s definitely not planning to stay long term. Not when it puts her next to a gigantic, handsome, overwhelming bear shifter that makes her weak in the knees if she looks at him too long. She doesn’t need or want a mate, no matter how much the animal inside her begs for a taste of her sexy, alpha male boss. But when a close call lands her under his protection and in his house, Regan isn’t sure she can hold off much longer.

With two alpha bear shifters in close quarters, it’s easy for things to get steamy and complicated. But Bronson knows he wants Regan for keeps. Now to convince her that he’s a bear she can trust, while keeping her safe from the forces following her, and the skeletons in his own closet that are threatening to break out.

Bear Shifters make hot and sexy mates, and they do not hesitate to show how much they love their mate physically — so this is an 18+ reader story.

Read on for my thoughts on Bear To The Rescue.

We’re given a lot in the Cover Description of Bear To The Rescue – and so much more that is left unsaid… and mostly shall remain on the quiet side during this review.  I want to jump around and beg you not to make assumptions, to wait to read the whole story before you make up your minds about either one of this amazing couple.  There is so much below the surface that you are going to read about both Bronson and Regan – some that will make you so furious that some creatures are allowed to procreate (but then we’d not have these two to love so.. *shrug*)

Bronson has been enjoying himself watching his two friends, and partners in the business, find their mates and fall into mated bliss.  If there has been a bit of teasing, well it’s only fair between friends, right?  But then a sexy, bear shifter hacker extreme came to work at Bear Claw Security to cover Limes while he and his mate were off.. doing mated bliss kinda things.  *wink*   The urge to watch over and protect this sassy minx was practically overwhelming to Bronson.  Sure he knew how to treat a lady right and polite but this went so far beyond mere courtesy.  And when it became obvious that Regan had some trouble following her, Bronson didn’t hesitate to step in and protect her.  He wanted to shrug it off as just taking care of an employee, but his bear knew better.  Hard to ignore that inner beast screaming Mine, Mate.

Regan is good with a bit of a sexy tumble – but commit?  No how No way – that is not in her future.  She knows what men are like, especially Shifter men and wants no part of that at all.  But if she would lose her mind and pick out a mate one day, Bronson sure would do fine.  He’s rich but doesn’t show it off, he’s sexy but doesn’t toss it in her face (too much) and so far he’s been everything her father and male siblings.. are not.  But he has secrets, and secrets usually are not good for the mate in the committed thing.  But he is wearing her down with his kindness and sexiness.

When Bronson comes to realize that the trouble chasing Regan just might be related to him – he goes off into protection mode and everyone ends up in a pile of trouble.

There is so much hidden underneath the lover’s story in Bear To The Rescue, that it is very easy for it to suddenly just jump out at you.  Yet Bronson’s other story and Regan’s as well is there, just not the main focus until later — and then it hits like a thunderbolt.  The strength and courage Bronson has underneath his rich, playboy businessman surface is amazing.  And Regan will discover that once she has chosen her mate, by her own decision, she will fight anyone and anything to keep him safe.  These two are an amazing couple – and you should read about them for yourself.

If you love Shifter Romance then I believe you’d enjoy Bear To The Rescue… or any of the stories in the Bear Claw Security series.