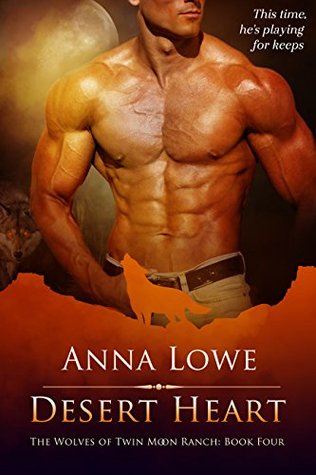 As oldest daughter of the retired alpha, Tina Hawthorne lives to serve her pack. She’s never been tempted to throw caution to the wind for a man — until Rick Rivera returns. The sweet boy from the adjoining ranch is all grown up, but that doesn’t make the irresistible human any more suitable as a mate. Especially with a dangerous new foe haunting the night and Rick harboring a few secrets — and enemies — of his own.

As the old Alpha’s daughter, Tina has always been there to care for her family, her pack.  As her brothers found their mates and true happiness no one has asked what Tina wants from life.  It seems they simply assume she’ll continue taking care of pack matters, pack families as she always has.  No one seems surprised that Tina has no interest in finding her own mate.  Perhaps that’s because she knows perfectly well who she loves, who her true mate is …and since he is human, he is forever forbidden to her.  She has loved him since their childhood years, living on neighboring ranches, playing at what might have been between them, if only.

Rick has gone off to college, then on to a professional baseball career.  Fame, glory, women, money – it was nice he supposed, but it wasn’t what he honestly wanted.  That was wrapped up in a beautiful, strong, intelligent, sexy woman back home.  Tina, the one woman he’d give just about anything to call his own.  When he took the ranch manager job, Rick knew that sooner or later he’d run into Tina once again.  His plans were laid, he had time – but he wasn’t letting his woman go again.  Not in this lifetime.

Desert Heart finally brings us Tina’s story.  She’s been a strong and powerful force in the background of the previous stories and in the pack.  Her underlying sadness has always been apparent.  Now we know why.  Rick is also keeping secrets.  And at a time when an even larger threat is looming over the Twin Moon Ranch and the surrounding area – it’s long past time for both of them to give up their secrets for truth and each other.

I liked Tina and Rick together.  Sure, they’re going to have bumps along the road to their happiness.  Danger awaits them, evil is rising and they have to fight with everything they’ve got to save not only their pack, their families, their friends – but themselves as well.

If you’re a Shifter Romance reader, then I believe you’d enjoy this title and this series, which has a new release coming in March 2017.  A solid story, believable couples and interesting secondary characters.  This is a series that keeps fresh, keeps growing and keeps entertaining.  I’d definitely recommend it for anyone who loves Shifters.