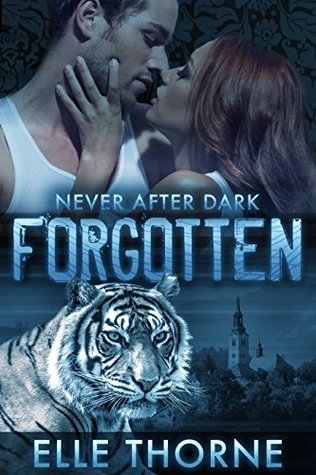 Anya has been haunted by an event in her childhood. Something neither she nor her tigress could have prevented – but that does not ease the guilt or the inability to face her childhood friend once more. Anya has always been good at keeping people at bay… until now.

Bryson recognized the woman who’d been sent to safeguard his daughter, Pepper. Oh, he didn’t actually know her, but his leopard did and he was mere steps behind his big cat in agreeing that this shifter was perfectly made as his. But right now he had to convince Anya to stay and protect Pepper – especially once she understood exactly what made Pepper so very special to warrant her own bodyguard at age 5, aside from her father’s wealth.

Forgotten is a sexy, intense shifter romance full of danger, hidden secrets and surprising reunions. We will also run into past friends from previous books. Anya is a stubborn, brave woman who has allowed her inability when a child to govern how she views herself. When she has a chance to reconcile those decisions she’ll truly be ready to open up herself, her heart to the love of Bryson and his adorable daughter, Pepper.

Another piece of the puzzle that always runs through Ms Thorne’s series – I love when they cross over allowing even more interesting interactions between her characters. If you love shifter romances, you can’t get much better than these stories

(Forgotten was first reviewed by me for another of my review blogs, Haunted Bookshelf.  It was brought over here to Shifter Haven because I want all of my Shifter Romance reviews under one “roof”.  Both reviews were written and owned by me.)