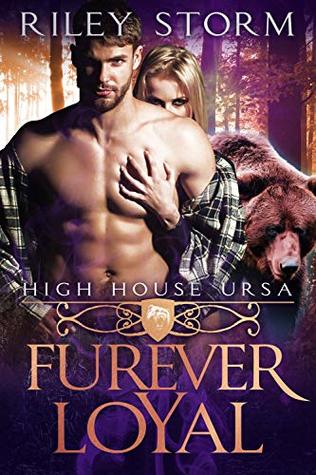 Kincaid’s appointment to a position of power is on hold after the accountant of House Ursa accuses him of stealing money. He knows someone is trying to frame him, but the question is who? The Queen of the bear shifters can only keep the accusation under wraps for a short time, so he must act fast. Of course, that would be a lot easier if his Queen hadn’t ordered him to take his accuser along with him. What the hell is he supposed to do with a human accountant in tow?

Haley Meynard is perfectly happy in her world of numbers as the accountant to House Ursa. Like her, they obey set laws and rules. So, when she’s yanked from the comfort of her office and told to assist the same person she’s just exposed as being a thief, all the rules go out the window. Resisting will only see her lose her biggest client and the eight-figure-a-year payday. Now she has to work with the arrogant, handsome and completely out of control Kincaid.

Thrown head-first into a world she never knew existed, Haley can’t help but latch on to the numbers as a safety line. They don’t lie, and they clearly show that Kincaid is the thief. He’s adamant about being innocent, and so she decides to humor him. That is until the facts start to support his claims. If she’s going to get to the bottom of it all, Haley is going to have to break some rules. The more time she spends with Kincaid, though, the harder it becomes for her to stay neutral. She wants him to be innocent, to stay out of prison…. To stay with her…

Numbers don’t lie… except when they’re being manipulated by outside forces intent on evil and destruction.  As we rejoin the High House Ursa series with “Furever Loyal”, the Queen’s choice for Hunter is facing a far more dangerous situation than what he recently left behind in Europe.  Kincaid doesn’t have a disloyal bone in his body but the zeroes in his bank account tell a different tale.  Now it’s a race against time to prove his innocence, and unfortunately, his accusor is stuck at his side by command of his Queen… while in the background evil continues to plot against this House intent on its complete destruction from within.

Haley and Kincaid’s romance is filled with danger, intrigue, and more than a few twists and turns along the way.  I will admit that it took me a little bit of time to warm up to Haley.  There is stubborn – and then there’s Haley.  Yet, from the start, they worked well as opposites and then as partners out to discover the truth.  Watching their relationship develop was at times amusing, frustrating and intriguing… I liked them together, but yeah, Haley is certainly stubborn.  Actually, my favorite character in this series is turning out to be the Queen.  Kaelyn has strengths that jump out at you unexpectedly, and she is becoming the most fascinating character for me.

With several stories still to come, we are slowly chipping away at the walls hiding the truth of why and who is at the bottom of this attempted takeover.  I’m enjoying the adventure of getting to that point with characters that leap off the page yet are believable in their roles.  I’m impressed with Riley Storm and I’m certainly enjoying her imagination and her storytelling skills.  If you enjoy a good dose of mystery and intrigue along with your Shifter Romance… and definitely more Paranormal entities involved, then you’d enjoy the High House Ursa series.  I’d not hesitate to recommend “Furever Loyal” or this series to any Shifter Romance or Paranormal Romance reader.  You’ll quickly become hooked and need to know what happens next… right now.