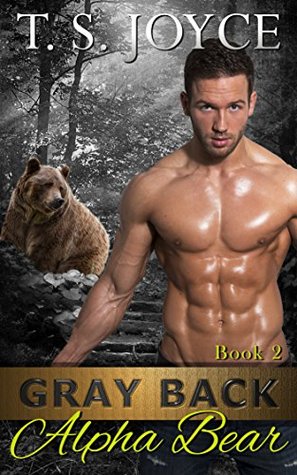 Creed is about to lose control of his “no potential mates in the trailer park” rule once again – and this time he has only himself to lay the responsibility on.  His one night stand, one of the bombshells that had tricked Willa into this shifter groupie trip, was well worth the night of passion they shared.  Sure, there had been that condom malfunction, but since he’d heard nothing so far he hadn’t thought about it too much.  He had tried to not think about Gia too much either.  He had his work cut out for him with his crew of misfit bears, so free thinking time was not on the top of his priority list.  Keeping everyone alive and functioning was.  His crew was full of bears who were all dominant and broken in some fashion – some even he didn’t know the reasons behind.  They all came to the Gray Back crew as a last chance effort before an Alpha would have put them down for their actions and their personal damage.  Creed was their last hope, but that didn’t stop the ruckus and posturing and fighting that was a daily thing.  So, yeah, he had his hands full and wasn’t looking to add anything else to that huge pile.

Until a broken Gia showed up on his doorstep and his life changed forever in that one moment.  Her wealthy, uptight parents, the so called society friends, the right people to be around – they all turned their backs on her just when she’d needed them the most.  She’d never fit in with her family but had tried her best to be what they wanted her to be – and now they did this.  Fine, she’d go to the one place that still held hope in her mind, to the one man who just might not turn her away, she hoped.

Gray Back Alpha Bear gives us a closer look at this crew of misfit bears and their leader.  Creed is such a contradiction himself.  He wants the family, the connection that Matt and Willa have now as mates, but he’s too uncertain of his own background to even try for that.  But with Gia back in his life, a new life beginning, he needs to get his head on straight and do what’s best for everyone – including himself.  Willa is the unofficial star of the Gray Back crew, her unique look on life, her banter and sass make her an unforgettable character and one very loved one as well.  Creed will receive even more startling news, something he has long suspected and that will once again put his life in a spin.  Throughout it all is Gia, steady yet uncertain of her place in  his life – she is an anchor that he needs.  Why he didn’t sense that Gia was his mate during that first night is a mystery, but he acknowledges her now and nothing will separate them again.

I enjoyed Gray Back Alpha Bear – and since I’m ending up doing these reviews in a backwards manner due to a binge reading without immediate reviews (bad girl don’t do that again)… I know what and who this child will be – and the important part they have to play in the future.  For me that is part of the enjoyment of such a large overlapping, connected series – you know people and their background and where they came from as the books progress.   That is one reason why I love this series.

If you love Shifter Romance than this story and this series should be on your reading list.  I would highly recommend Gray Back Alpha Bear and this series with the hope that you’ll enjoy it just as much.