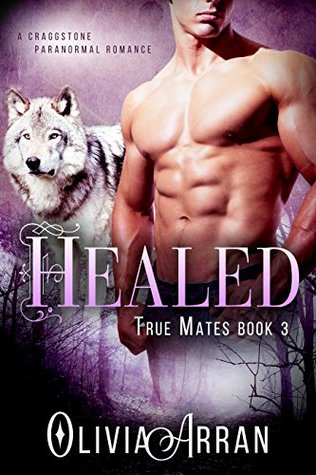 Love is irrelevant when choosing a mate…
Wolf shifter Amanda Smithrock has to prove to her new pack that she is worthy of being their Alpha. With a strong Beta by her side, that shouldn’t be a problem—right? Except, the Beta in question is Tarq. Funny, easygoing, with a lazy drawl and the most perfect set of abs—he’s driving her crazy. And he’s her true mate—something she’s vowed never to accept. With a traitor to uncover and an abused pack to heal, Amanda has her work cut out for her. Can she keep her mind on the task, or will her distraction prove deadly?

I might be easygoing, but I can be stubborn too…
Wolf shifter Tarq Colstone is right where he wants to be, as Amanda’s Beta he can keep a close eye on her—protecting her from any threats while continuing his seduction. But his future mate is resisting him, pushing him away at every opportunity. Can he convince her that they are meant to be together, or has he met his match in this strong-willed Alpha she-wolf?

Read on for my thoughts on Healed.

(True Mates author Olivia Arran has suggested, and I strongly agree, that this is a series that should be read in order as events from the previous story strongly affect the current one.)

Amanda is back home.  As proxy Alpha of this devastated, messed up, crazy pack, with Tarq at her side as Beta – what in the world was James thinking of by pairing them off as ledsers, it made no sense to her.  The damage that has been done by Eric, the son of the former Alpha is beyond belief.  In his crazed, power hungry mind he’d killed his father (Amanda’s uncle) and kidnapped James’ mate – which resulted in James killing Eric and taking over this pack.  She didn’t know how she was going to pull these people into a functional pack once again, not with her history in the pack, but somehow she, well they would have to manage it.

In the midst of all of this drama, Amanda is looking for a mate.  Oh, you can keep that fated true mate nonsense, she simply wants to have children and a mate is necessary for that.  Love is not part of the equation for her, ever.  Unfortunately for Amanda, Tarq is her true mate.  He knows it and she knows it, but she will not acknowledge it, nor accept him as a mate.  Oh, sure, they can have some fun sexy times, scratch a few itches but mate no that’s not going to happen.  Which leads to even more tension around this pack that needs strong leadership and a solid foundation to rebuild themselves from the chaos they knew.

Tarq has his own plans for Amanda.  Don’t be fooled by that laid back attitude of his.  This is a wolf on a mission and nothing, not even his mate will stop him from proving that they belong together.  In the meantime, there are traitors within the pack working against the new leadership and doing their best to destroy Amanda and Tarq forever.

Healed is more than the title of this story, it is the base for much of the reason that Amanda feels she cannot have a true mate again.  In many ways my heart broke for Amanda, this strong, independent woman has such sorrow and pain at her core.  Only Tarq could change all of that for them both, if only she’d leave the past behind.  This pack needs healed from the trauma and destruction of a mad man.  And even Tarq needs a touch of healing as he is discovering parts of himself, abilities that he never expected.  A traitor is revealed, and a challenge for leadership is met.  Healed is an extremely intense story in a situation with a lot on the line.  It will pull you in and keep you held captive until the ending.

Love Shifter Romance?  Then this is a story, and a series that you will want to pick up.  Intense, sexy with enough mystery to carry through the entire series, this one should be on your reading list.