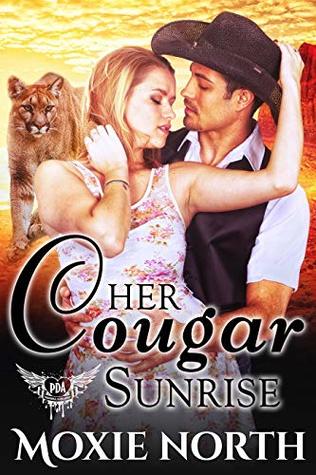 Stupid shifters and their instalove!

Tessa Blackwood was pissed. She had a nice guy, good dates, a future… possibly. Then he ghosted her after leaving a voicemail breaking up with her. In a severely inebriated state (okay drunken), she might have called Gerri Wilder at the Paranormal Dating Agency and blamed her and all shifter kind for the loss of her boyfriend/potential husband

Levi Nash didn’t see the point in hunting down a mate. It either happened or it didn’t. He hasn’t had much luck on his own due to the secret he keeps from most people. That didn’t stop his little sister from signing him up with the PDA.

A single beer and a new waitress was all it took to change his destiny. Convincing Tessa that mates can happen in the blink of an eye was the only way to ensure both of them had a happy future.

It’s always fun to return to the Paranormal Dating Agency World, and Moxie North steps into this established world so effortlessly.  One of my favorite long-running series, and a favorite author – couldn’t ask for a much better combination.

It could be so easy to dislike Tessa.  The important word there is “could”.  Yes, initially she comes off as whiney, over-reacting, having a hissy fit over losing a man she’s dated for one month… and really isn’t all that impressed with… to his fated mate.  But I’d be willing to bet that there isn’t a reader of Shifter Romance who hasn’t at least once thought “Damn if it were only that easy to just trust fate to know the right one for me.”  So I let Tessa have her hissy fit, calm down a bit and see what an amazing guy Levi actually is… before she begins doubting herself all over again – as not worthy.  Girl! (yanks a few hairs out of my head)  And… she calls Gerri Wilder in a drunken moment of frustration at all shifters.  If you know PDA, then you know that took guts and put her right in Gerri’s crosshairs.  *grins*

Levi is just a sweetheart.  I’d snatch that one up in a heartbeat.  And I had a few sputtering laugh out loud moments at his expense, I do admit to that.

I had such a blast with “Her Cougar Sunrise”, and if you enjoy either Moxie North’s work or just love the world of the Paranormal Dating Agency — I’m pretty sure you’ll have fun with this one, too.