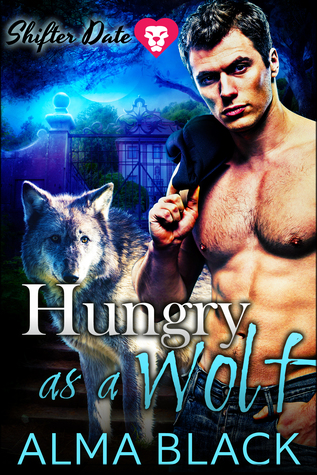 Luke knows how to get what he wants. A lone wolf at heart, he has no problem filling his bed with willing partners. But love? It’s not in the cards. But when he matches with his best friend’s little sister on the dating app, Shifter, everything changes. Jasmine is a fiery lioness and totally off limits–but that makes her all the more alluring.

Jasmine has had a crush on Luke as long as she can remember. He’s sexy, powerful, and alpha. But as his best friend’s little sister, Jasmine knows she doesn’t stand a chance.

When Luke swipes right on her Shifter profile, Jasmine is shocked. Could this be the start of something more?

But Power Shift is out for blood. They hate any inter-species dating, and will stop at nothing to keep the shifter lines pure. When they attack, can Jasmine and Luke protect each other? Can their newfound love survive?

Luke has been interested in and attracted to his best friend’s little sister for years.  But there’s that “bro” thing about telling your friend that you’d love nothing more than to get close to his sister… yeah, way to end a friendship real fast as the brotherly protection mode kicks in.  And he got that, who knew him and his ways better than Theo who’d run those crazy nights right along side him until he’d found his mate.  This was different, Luke knew it and his wolf certainly knew that Jasmine was theirs… and maybe even Jaz knew it too.  That could explain a lot of how she’s acting around him.

Nothing is quite as frustrating as wanting a man with everything in you… only to run up against that “bro code” between Luke and Theo.  She loved her brother really she did… but Luke was hers, she knew that on some level that cannot be explained.  Okay. wolf and lioness – but so what?  They would be amazing as a couple, even Max’s dating app proves that.  It’s time for this sister crap to go away so that the adults can get together and find out if what she suspects is true.  She’s not giving up on the man she believes is her mate.  No how no way.

I really liked Luke and Jasmine together.  They set off ” you’re the one” vibes from the very first encounter we witness.  Luke has done everything he can to try to outrun his wolf’s insistence that Jasmine is theirs, dating up a storm of other women hasn’t worked.  When he finally decides it’s time to ignore that stupid “bro code” and face Theo as Jasmine’s mate instead of friend… well, so be it.  His need for her in his life outweighed friendship on this one.

The small mystery touches early in the story set up that delicious shiver of anticipation wondering when danger was going to strike.  If you’ve read the first story in this series, then you’d have a suspicion but the tension is nicely played out.

Of course, the sexy moments between Jasmine and Luke are off the charts hot and steamy.  The underlying nervousness from both are endearing as well, as each wonders and hopes that what they feel is returned.  Their sexual tensions heated up the page, and their love for each other came through loud, clear and strong.

I enjoyed this story very much and I’m heading out to download the next in this series.  If you love Shifter Romance, stories that give you not only a great sexual couple but a solid, interesting story as well… then you’ll enjoy this series very much.