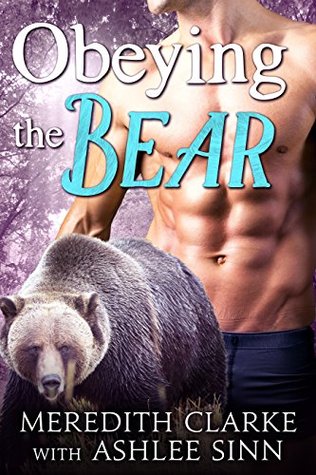 Emma has just been informed that her Alpha has died.  She is strongly encouraged to attend the funeral of the man who not only was her Alpha, but the father of her mate who now takes on the Alpha role for their clan.  The last thing Emma wants to do is return to Alaska.  She’d escaped the pull of her mate once, and she doubts she’ll be able to leave again.  Her bear wants her mate, and against her better judgement, Emma wants to see Brandt again.

Brandt is simply overwhelmed by the role he will be taking on as his clan’s Alpha.  Oh, not that he can’t or won’t do it… but his father has so many things going on that Brandt is uncertain if he can keep up let along lead his people.  In addition, he is convinced that his father was murdered and did not die as it has been claimed.  The ugly head of suspicion and betrayal within the clan has reared it’s ugly head.  But above everything else going on, Brandt misses his mate, the one person who could steady him now.  The one and only person he wants at his side.  He has no idea why she ran only that she took most of his heart and life with her when she did.

Emma’s return to the clan for the funeral will stir up all kinds of trouble and resentment… and a renewed love from her mate with the determination to never let her go again.  Now there is danger in store for Emma and Brandt as they solve a mystery, unite a clan and plan what their future will be.

Obeying The Bear packs a lot into a short story.  I rarely say this because I believe we get the story the author intended for us… but, I do wish this one had been a little longer with a few more details that would have fleshed out some parts more.  Not that it needed that to be a wonderful story, which it is… only that a bit more would have felt right.

I enjoyed Emma and Brandt’s romance.  The chemistry between them was obvious.  She had her reasons for leaving, right or wrong doesn’t really matter only that she did come back when she was needed most.  I have to admit that it was refreshing and interesting to see a new Alpha express frustration and even being a bit overwhelmed by taking on the duties of his clan.  There was a lot going on that Brandt was unaware of and to have it all dumped on him at once made him more believable in many ways.  Obeying The Bear was a fun read and I’m looking forward to the next story.