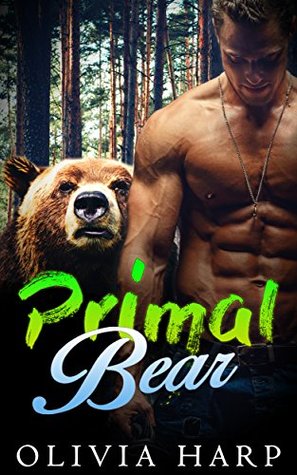 Zoe Fox is leaving her past life forever. Tired of the lousy workplace and even lousier love life, she’s ready to start over out west. But when her sudden decision to visit a National Park makes her take the wrong turn, she finds herself chased by a ferocious monster. Luckily, a big, sexy-as-hell, muscle bound ranger appears out of nowhere to save her. Taking her to his cabin while she heals, she might learn that loving a shifter could be more dangerous than any monster she could find.

Damien Black knows only duty. He’s devoted to lead the White Paw bears against the Shadowlands, an unnatural threat that could leech the life out of the world. But when the beautiful, fragile human, Zoe Fox is chased by a shadow wildcat, his protective instincts flare up like never before.

Even worse, although being with Zoe makes him stronger than ever, his shifter senses are starting to fail him. That should be reason enough to make her go away. But why can’t he? And why is his bear roaring inside, calling her his mate?

Sometimes I’ll come across a Shifter Romance that is… more.  Primal Bear would be an excellent example.  Shifter, yes most definitely and a very good Shifter story but there are also elements of the Paranormal World and a touch of the Horror world as well.  A very unique blending of what many would call Paranormal but I divide into separate worlds.  There are plot twists and events that we won’t often see in Shifter Romance, and that makes this a very intriguing beginning to the series.  I expect world building at first, yet I was eased into this world in a very natural feeling of learning as I went.  I always appreciate not having a huge information dump taken in the middle of a story, but smoothed in throughout the development of the story.

Zoe was looking for a new direction in her life which is why she was out in the National Park hiking and got herself turned around at the wrong turn.  It’s probably safe to say she never expected to find herself in this situation.  While I liked  Zoe for the most part, she’s a strong characters but I must admit her jumping to conclusions, usually the wrong ones got a bit much after awhile.  Still, she worked well with Damien, and they were a believable couple

Damien is the leader of the White Paw clan.  A powerful, unique group of Shifters who are far more than Park Rangers.  They have the duty and the power to counter The Rot that often seeps into our world from an alternate reality, Shadowlands.  Through breaks between the worlds, the Rot devours everything in it’s path leaving death, pestilence and destruction behind.  The White Paws clan has the ability to fight the Rot and close the openings between the worlds.  It is a constant guarding, daily patrolling of the massive forests that they protect… and not a situation that a man would want to bring his mate into.  It’s not safe and the first thing a mate needs is protecting… so, Damien has decisions to make about Zoe from the start.  She’s his mate, but she’s also at risk being with him.

There are very interesting plot twists in Primal Bear – ones not often encountered in Shifter Romance.  This is shaping up to be an intriguing series with possibilities that we most likely will not see coming until they are in our face.  You will stretch your imagination a bit, and really that’s a good thing.  I will definitely be following this series – the possibilities are quite intriguing.