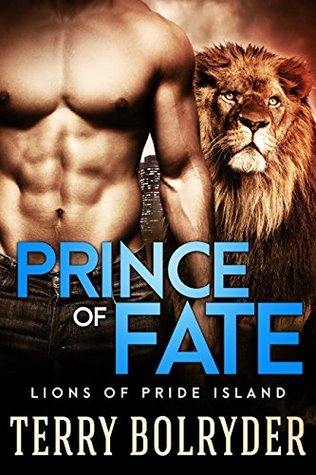 Cain and Brenna has been childhood friends, she’d had a crush on the middle prince and as he grew and embraced a life full of danger and risks she’d kept track of his famous dangerous life away from the island.  When he showed up on her doorstep calmly declaring that she was his fated mate picked out by the Oracle  She pretty much laughed in his face and said no thanks.

Being back on the island wasn’t a comfortable place for Cain.  He knew that the day would come when his mate would be picked for him, and he was delighted that it turned out to be Brenna… someone he knew and already had affection for.  And while he expected a sort of courtship to win her hand, for he would never force any woman to mate him, Cain didn’t expect her to be so adamantly apposed to what he did.  How was he supposed to give up the very thing that kept him sane?  His need to face fear and defeat it over and over stemmed from the events surrounding his father’s death when he was a young lad of fourteen.  He could never allow fear to overtake him again, and he worked on getting Brenna to understand that… without much success.  She needed him to face the basic reason for his addiction to dangerous stunts, until he did she wanted no part of a life where she could lose the man she loved at any moment.

Toss two stubborn people together, both who felt they were right.  Add a stalker to the mix, one who will do anything to claim Brenna as his own and you have a very emotionally powerful story.

I enjoyed Prince of Fate very much.  Cain and Brenna were certainly a strong and sexy couple.  When fear takes over a life, even the determination to defeat the first sign of feeling fear – it will never be enough, the risks will get higher until there is no doubt about the outcome.  Cain had to face what brought him to this place, acknowledge that he’d been just a kid and the outcome was not his fault.  Until he did that his past would always stand in the way of his future… and in the way of a loving, full life with the woman he loved.

If you love Shifter Romance, then Prince of Fate is an action packed, certainly sexy times story that should be on your reading radar.