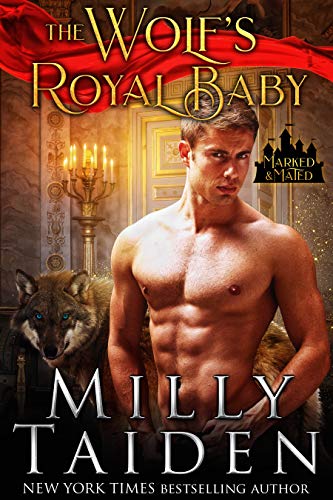 ‘The Wolf’s Royal Baby‘ has a sexy new cover, is the beginning story in the ‘Marked & Mated‘ series – but you might have already read this one because when it originally was published it was part of the Howls Romance line and was the first story in the ‘Fairytale Wolves‘ series.  I mention this upfront because I, personally, get really annoyed to discover that I’ve already read or owned a previously published title.  Those facts do not change the electrifying story within the covers, just an FYI.

Sebastian’s and Harper’s story is intense, full of sizzling chemistry and sexy times.  It’s also intriguing as we learn of Sebastian’s family’s history and Harper’s father’s part in that cruelty.  Actually, everything you’d really need to know before picking up this story can be found in the Cover Description blurb.  It’s sexy, flirty, dangerous, filled with unexpected surprises, and completely entertaining.  I had such a good time with this couple, and if you love a really good, sexy Shifter Romance then you’ll want to dive into ‘The Wolf’s Royal Baby‘… like right now.