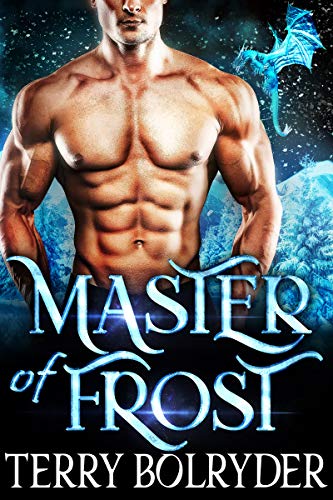 Dmitri, newly awakened ice dragon and former bodyguard to the Lord of Winter, is in big trouble. He knows his curvy, prone-to-trouble roommate with a heart of gold is his mate, but she hasn’t come to the same conclusion. If he makes a move she might freeze him out, and if he doesn’t, he might be forever doomed to the friend box, a place colder than the Siberian landscape he came from.

Chelle loves living with her two new friends, even if they are giant, sexy icemen her roommate brought home from a lab. Dmitry, a tall, sensual warrior with vivid turquoise eyes, always sets her on edge when he’s in the room with her, but she knows everything will be fine as long as the two of them stay just friends. That’s if she can ignore her body begging for so much more…

As tension explodes between the two roommates, resulting in heated kisses and steamy encounters, Dmitry is ever more determined to melt down the icy walls that guard Chelle’s heart. But in the end, it may be up to Chelle to fight her inner demons and realize her feelings for Dmitry, before external forces tracking the ice dragons catch up.

MASTER OF FROST is the second title in Terry Bolryder’s Frozen Dragons series.  The way that Alek, Dmitri, and Luka, were brought into our world was a fascinating touch, and I loved Alek and Talia’s romance in LORD OF WINTER and have a hint of the love of Luka’s life to come in PRINCE OF ICE.  Yet in Dimitri and Chelle’s story I found myself annoyed with the heroine for the majority of the story – and I’m not accustomed to doing that.

Please don’t misunderstand, I enjoyed and was caught up in Chelle and Dimitri’s story – yet the true (and only) protagonist in MASTER OF FROST were Chelle’s memories that have changed a vibrant, fun-loving young woman into a woman who refuses to allow love to touch her life in any deep, meaningful way.  She can love on the surface, friendships she can handle, but allowing herself to feel or accept that emotion on a deeper, personal level is beyond her ability and comfort zone for the majority of their story.  Which makes the fact that Dimitri is her mate a very emotionally charged story.

Even though I had guessed a good deal of what was in Chelle’s past, I found it hard to get beyond the impression of a woman who is using Dimitri’s devotion to his mate in a very selfish way.  I didn’t hate her – I simply could not like her and while that changed my enjoyment of their story it also added another dimension to the story for me.  I got to see in action what we are always told in Shifter Romance – that a mate loves for a lifetime and that bond is unbreakable even if the mate does not return their love.  For a large part of MASTER OF FROST, I got to see that truth in action.

We also get to see a very familiar face, and now I’m curious to see how these frozen dragons will take part in a larger Shifter world.  If you love Paranormal Romance or Shifter Romance then I’d recommend this series without hesitation.