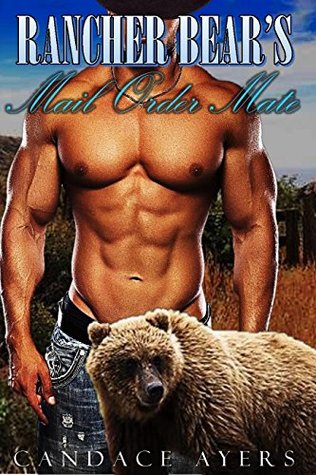 Matt was devastated at his father’s death and destroyed by the terms of his will.  His family believed that Matt was more interested in the money the ranch made and the material things of life.  They were so totally wrong, but then Matt had never corrected their assumptions, never told his father just how  much the ranch meant to him.  Now it was too late, or so he believed.  He’d removed himself to a cabin away from the main ranch and let himself and his bear go wild.  In one moment of soberness he’d had a great plan to find a mail order bride to take care of that stipulation in the will – but when Alex and Elizabeth came up pregnant, he knew his claim to the ranch he loved was useless.  The absolute last thing he ever expected was for his mate to arrive at the cabin and swat his bear on the nose without a second thought.

Leila was desperate and determined to escape an abusive ex.  She may have bribed her way into Matt’s life but it was the best thing she’d ever done.  Okay, the guy may be a grumbling bear, with an attitude… but she instinctively knew he was hers and she was in this for keeps.  She knew shifters, she wasn’t afraid of him.  What she was afraid of was being sent away but she’d do everything in her power to change this bear’s mind.

I liked Leila’s spunk.  She took no sass from Matt or his bear – and he deserved everything she did to bring him to his senses.  I do have to admit that I found it ironic that Alex treated Matt’s mate exactly as Matt treated Alex’s mate at their first meetings.  It was honestly, uncomfortable to see a character I liked act the jerk.

I enjoyed the second story in the Rancher Bears series.  An interesting story, it is a short one but definitely sexy moments, a bit of danger and one bear with an attitude finds his perfect mate.  Looking forward to picking up the next story in the series.