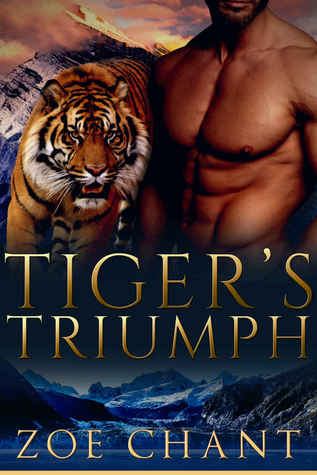 A woman who’s only ever wanted to be a mother…
A man who’s just starting to remember what family means…
And three children who need a home.

As a waitress and middle-aged divorcee, owl shifter Pauline has given up on her dreams of being a mother. But secretly, in the quiet depths of her heart, she still yearns for a family. So when her estranged cousin goes missing, she’s not about to turn her back on the three children left behind, even if they resist her efforts to help.

Tiger shifter Carlos has the ideal life—at least on the outside. After serving in the Marines, he went into the business world and made a fortune, enough to retire young and do whatever he pleases. But he’s starting to realize that money isn’t everything. The price of success was lonely luxury in the city, but he’d rather have a family to love and a forest to run in.

When Carlos travels to Glacier Park in search of the elusive ‘something more,’ he finds it unexpectedly in the eyes of a beautiful, determined waitress. He and Pauline are shocked by an intense connection they never thought they’d experience. But happily ever afters have to wait, as danger threatens her cousin’s children, and enemies from the past resurface with grudges to settle. Can all of them work together to win the day and build themselves a new family?

Carlos is returning to Glacier Park, a beautiful stretch of land along the National Park that many of his friends, former Marines, now call home along with their mates.  He’s met every single goal he’s laid out for himself from a poor youth to a very successful businessman.  Now retired Carlos is left searching for something to give his retirement meaning for he won’t be content to sit idle for long.  He’s drawn to the diner, and one waitress he briefly encountered on a previous trip.  Perhaps… well, time will tell if that feeling means anything.

Pauline is, for the most part, content with life.  She’s divorced but happy about that, she enjoys her job where she comes in contact with fascinating people and the occasional jerk, too.  She’s reached the age where she knows her one true desire in life isn’t going to be reached, and she has to be okay with that or she’ll drive herself crazy.  The one thing Pauline wanted more than anything was a family of her own.  Children, her mate.  It never seemed impossible but time passed, and nothing happened.  She tried to watch over her cousin’s children, from a distance since there were “family” issues between them.  And on the most recent visit in her owl form, she discovered that those kids need her help, but will the oldest, Drew, allow her in before it’s too late.

Tiger’s Triumph is a heart-tugging romance between two people who are no longer in the bloom of youth and have set aside that hope to find their fated mate.  Carlos and Pauline fill in those empty spaces for each other.  And it’s possible that all of those goals and dreams can come true – but first, they have to help one troubled family and win the trust of a young man who has far too much on his young shoulders.  It was such fun to run into old friends again, and not only from the Veteran Shifter crew but from the Glacier Leopards series as well.  The ending was perfect and left open such possibilities that I’m definitely looking forward to.  If you love Shifter Romance then this series, this story should be on your need to read list.